This example aims to identify human activity from data collected by a smartphone.

The experiments have been carried out with 30 volunteers within an age bracket of 19-48 years. Each person performed six activities (walking, walking_upstairs, walking_downstairs, sitting, standing, laying) wearing a smartphone on the waist.

Using its embedded accelerometer and gyroscope, we captured 3-axial linear acceleration and 3-axial angular velocity at a constant rate of 50Hz. The experiments have been video-recorded to label the data manually. 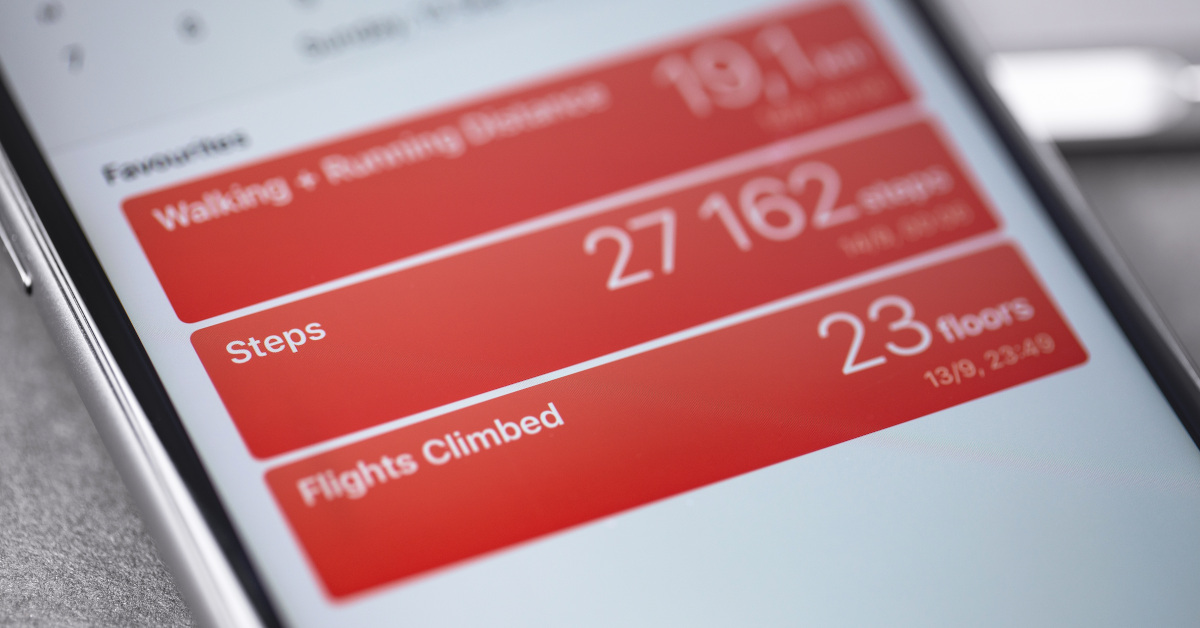 We want to predict a categorical variable (walking, walking_upstairs, walking_downstairs, sitting, standing, or laying). Therefore this is a classification project.

The goal here is to model the probabilities of class membership, conditioned on the input variables.

The file activity_recognition.csv contains 10299 samples, each of them with 561 inputs and one categorical target.

The input variables include time and frequency domain signals obtained from the smartphone sensors:

The target variable has six different classes, each corresponding to one of the previously mentioned activities.

By calculating the data distribution, we can see the number of instances belonging to each class in the data set. 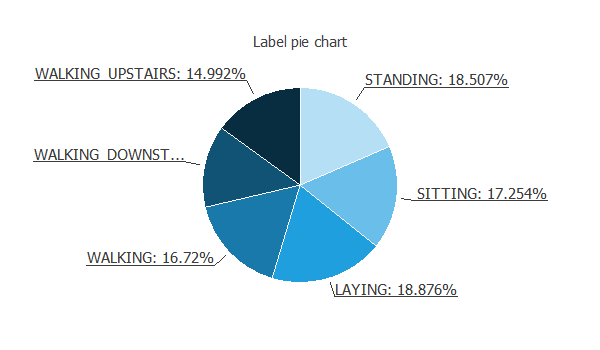 As we can see, the number of instances belonging to each category is similar. Therefore this data set is well balanced.

We can also calculate the inputs-targets correlations to see which signals better define each activity. The following chart shows the 20 variables most correlated with the activity "standing." 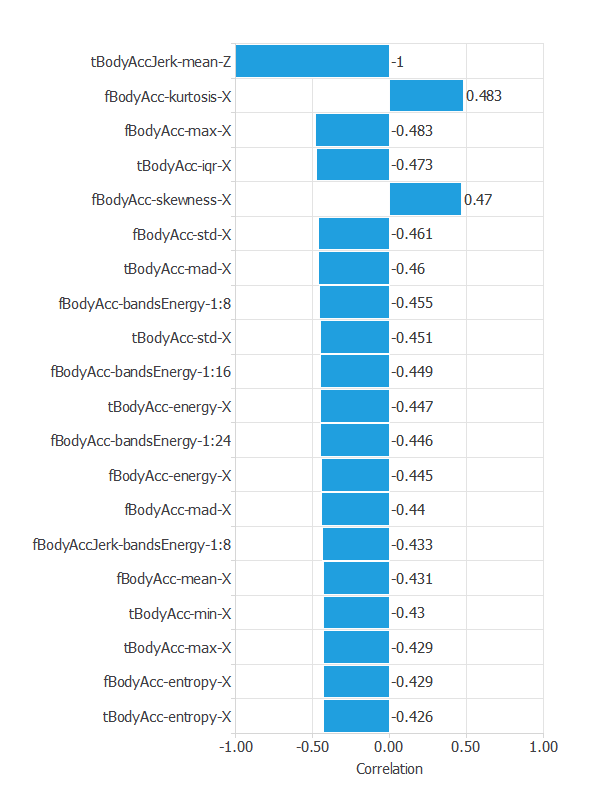 The person's activity model will be a neural network composed of:

The scaling layer uses the minimum and maximum scaling method.

The number of perceptron layers is 2:

We set the normalized squared error with L2 regularization as the loss index.

On the other hand, we use the quasi-Newton method as optimization algorithm.

The following chart shows how the training and selection errors decrease with the quasi-Newton method's epochs during the training process. 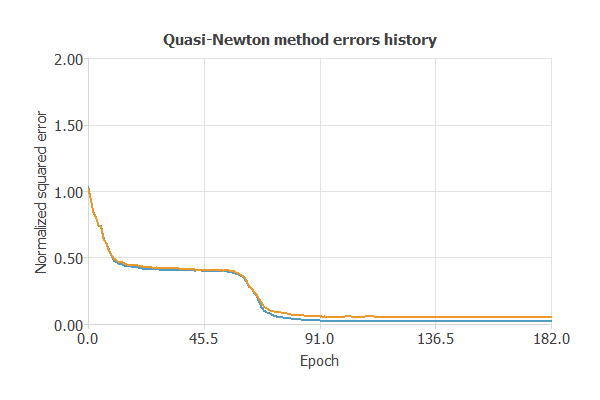 The objective of model selection is to find the network architecture with the best generalization properties.

Since the final selection error that we have so far is minimal (0.048 NSE), there is no need to use these algorithms here.

Once the model is trained, we perform a testing analysis to validate its prediction capacity. We use a subset of data that has not been used before, the testing instances.

As we can see, the number of instances that the model can correctly predict is 2012, while it misclassifies only 47. This shows that our predictive model has a great classification accuracy.

The neural network is now ready to predict the activity of new people in the so-called model deployment phase.

The file activity_recognition.py implements the mathematical expression of the neural network in Python. This piece of software can be embedded in any tool to make predictions on new data.