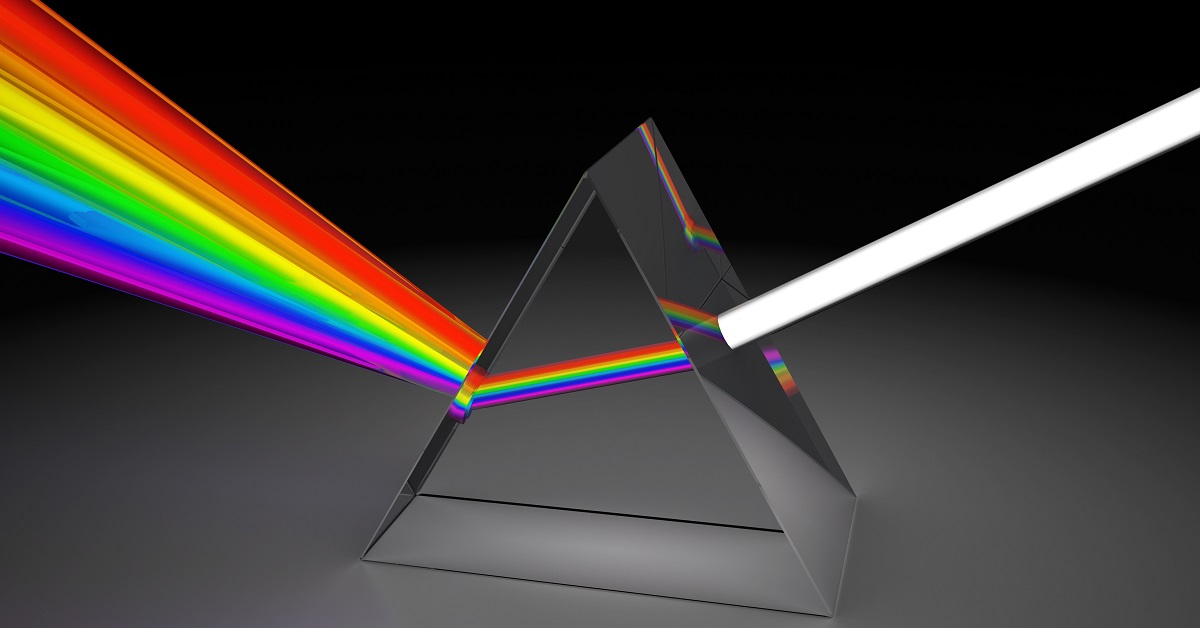 Principal components analysis (PCA) is a statistical technique that allows identifying underlying linear patterns in a data set so it can be expressed in terms of other data set of a significatively lower dimension without much loss of information.

The final data set should explain most of the variance of the original data set by reducing the number of variables. The final variables will be named as principal components.

To illustrate the whole process, we will make use of the following data set, with only 2 dimensions. 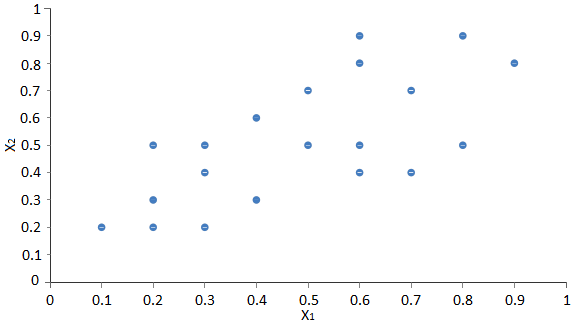 The objective is to convert that data set into a new one of only 1 dimension with minimal information loss.

The steps to perform principal components analysis are the following:

The first step in the principal component analysis is to subtract the mean for each variable of the data set.

The next scatter chart shows how the data is rearranged in our example. 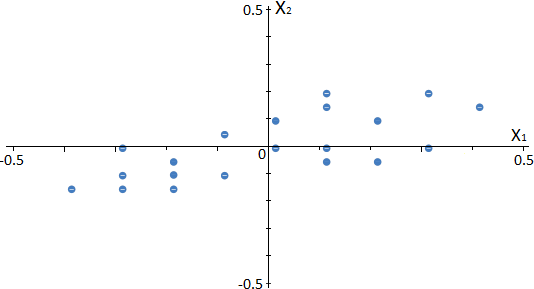 As shown, the subtraction of the mean results in a translation of the data, which have now zero mean.

The covariance of two random variables measures the degree of variation from their means for each other.

The sign of the covariance provides us with information about the relation between them:

These values determine the linear dependencies between the variables, which will be used to reduce the data set's dimension.

Back to our example, the covariance matrix is shown next.

The variance is a measure of how spread the data is from the mean.

The diagonal values show the covariance of each variable and itself, and they equal their variance.

The off-diagonal values show the covariance between the two variables. In this case, these values are positive, which means that both variables increase and decrease together.

Eigenvectors are defined as those vectors whose directions remain unchanged after any linear transformation has been applied.

However, their length could not remain the same after the transformation, i.e., the result of this transformation is the vector multiplied by a scalar. This scalar is called eigenvalue, and each eigenvector has one associated with it. 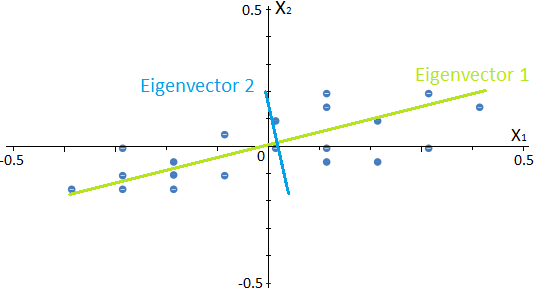 Since they are calculated from the covariance matrix described before, eigenvectors represent the directions in which the data have a higher variance. On the other hand, their respective eigenvalues determine the amount of variance that the data set has in that direction.

Once we have obtained these new directions, we can plot the data in terms of them, as shown in the next image for our example. 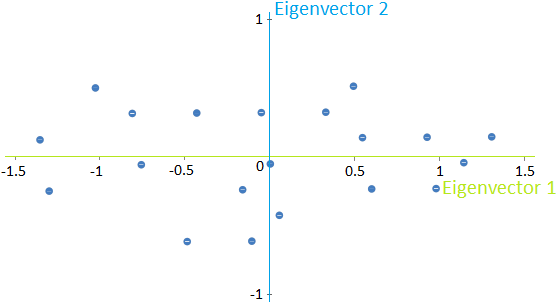 Note that the data has not changed; we are rewriting them in terms of these new directions instead of the previous x1-x2 directions.

Among the available eigenvectors that previously calculated, we must select those onto which we project the data. The selected eigenvectors will be called principal components.

These two concepts are determined by the eigenvalues. For our example, the next table shows the relative and the cumulative variance for each eigenvector.

As we can see, the first eigenvector can explain almost 85% of all the data's variance while the second eigenvector explains around 15% of it. The next graph shows the cumulative variance for the components. 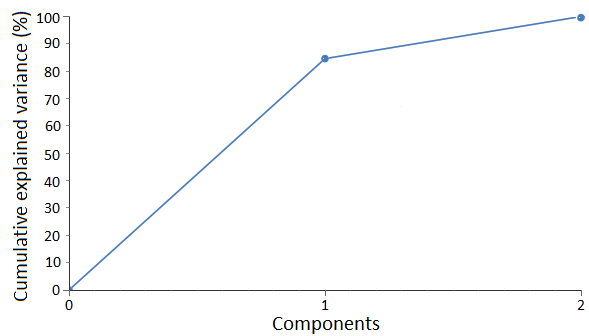 Consequently, the final reduced data set will explain 85% of the variance of the original one.

Once we have selected the principal components, the data must be projected onto them. The next image shows the result of this projection for our example.

Principal components analysis is a technique that allows us to identify the underlying dependencies of a data set and to reduce its dimensionality significantly attending to them.

The next diagram summarizes the activities that need to be performed in principal components analysis. 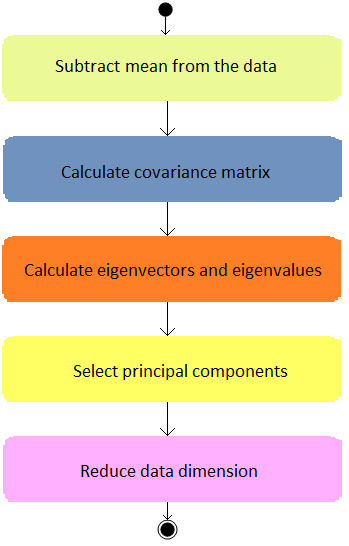 This technique is beneficial for processing data sets with hundreds of variables while maintaining, at the same time, most of the information from the original data set.

Principal components analysis can also be implemented within a neural network. However, since this process is irreversible, the data's reduction should be done only for the inputs and not for the target variables.