Build a neural network in 7 steps

In this tutorial, we build a neural network that approximates a function defined by a set of data points.

The data for this application can be obtained from the data.csv file.

To solve this application, the next steps are followed:

Click on the button New approximation project.
Save the project file in the same folder as the data file.
The main view of Neural Designer is shown. 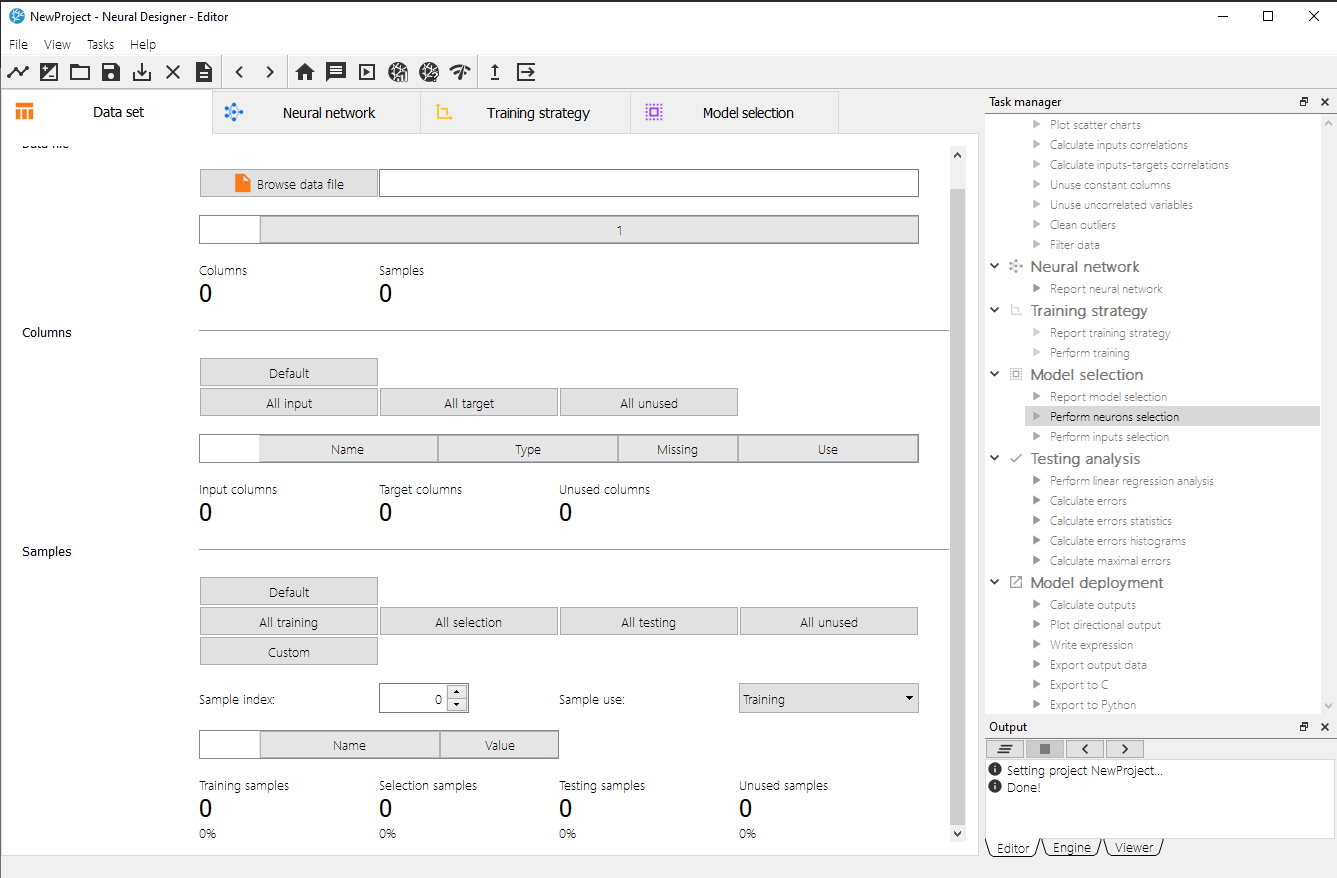 In the Data set page, click on the Import data file button.
A file chooser dialog will appear.
Select the file data.csv.
Click on the Finish button.
The program loads the data and sets the default configuration. 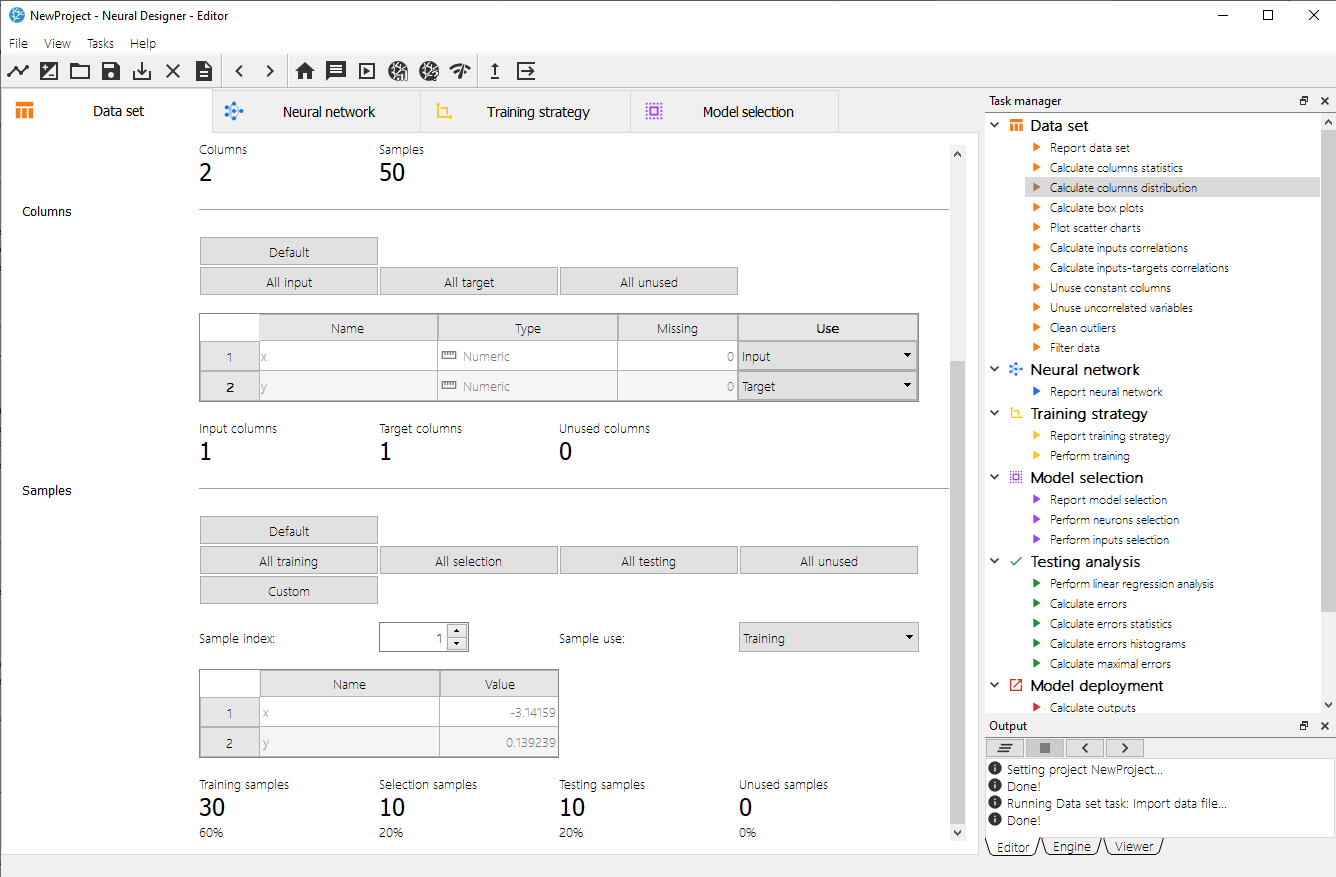 This data set has 2 variables and 50 samples.

Once the data set is configured, we can run some dataset analysis related tasks.
For instance, in the Task Manager, click on Data set> Plot scatter chart.
The viewer window will appear with a chart of the data.
As we can see, the shape of this data is a sinus function.

In any project, the quality of the data must be checked by running different data set tasks.

Click on the Neural network tab to configure the approximation model.
The next screenshot shows this page. 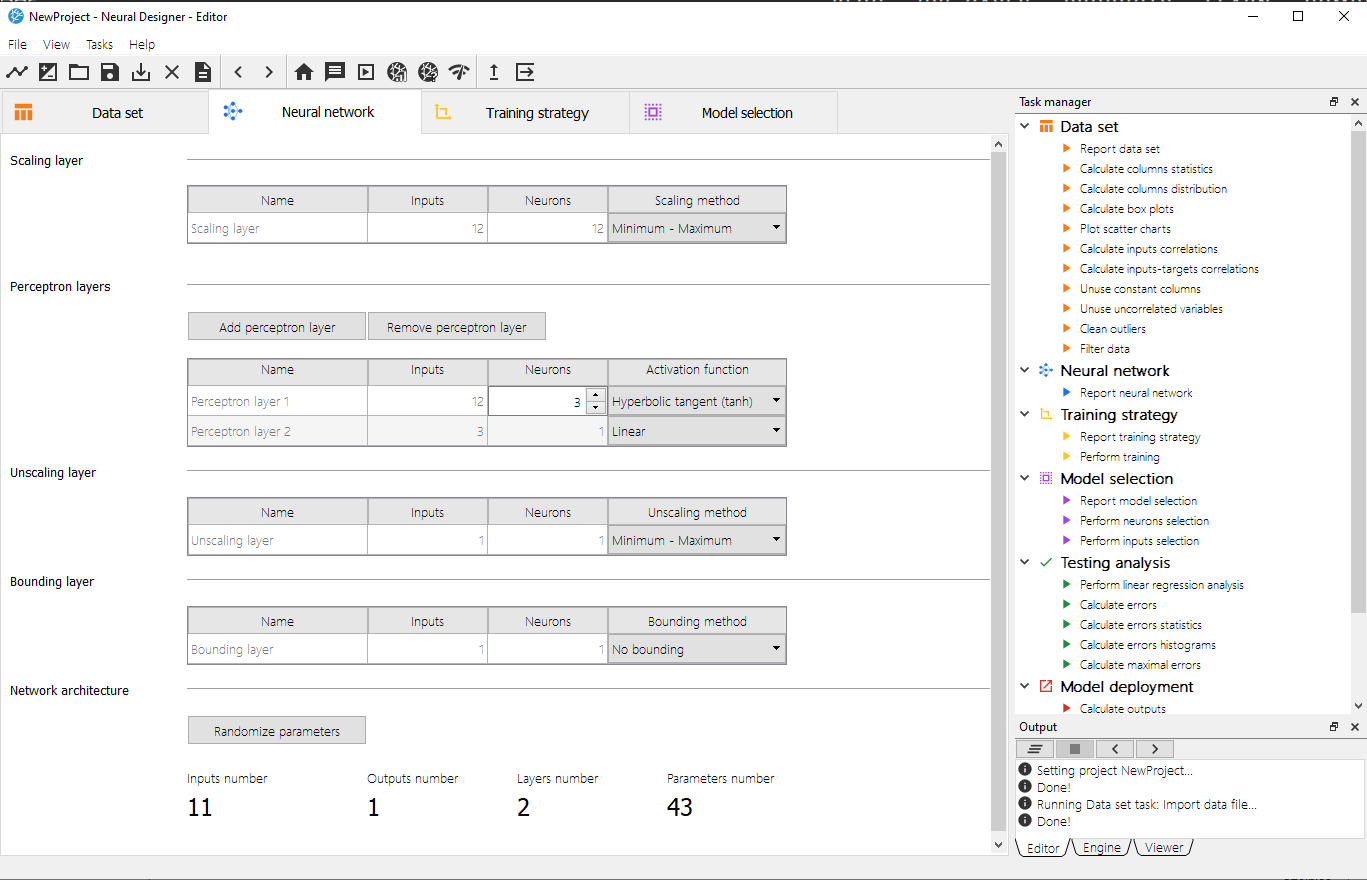 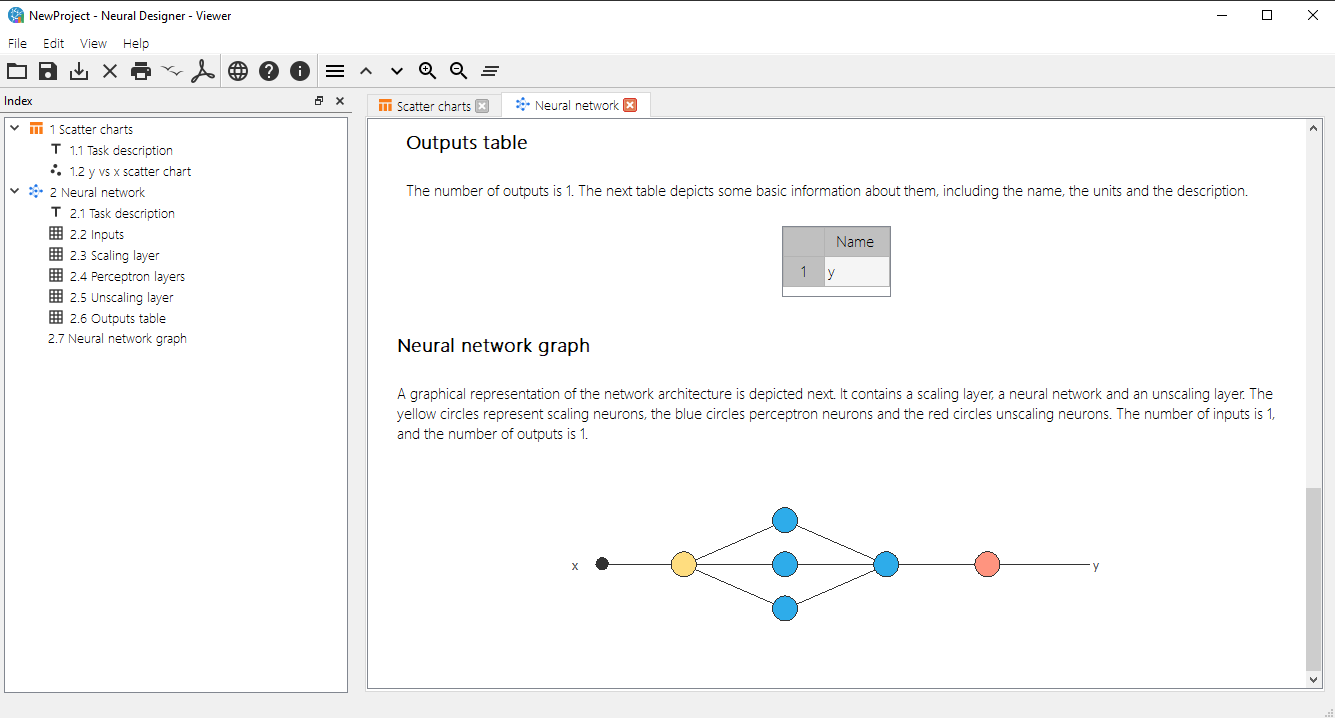 In the Training strategy page, the information about the error method and the optimization algorithm is set.
The next figure shows this page. 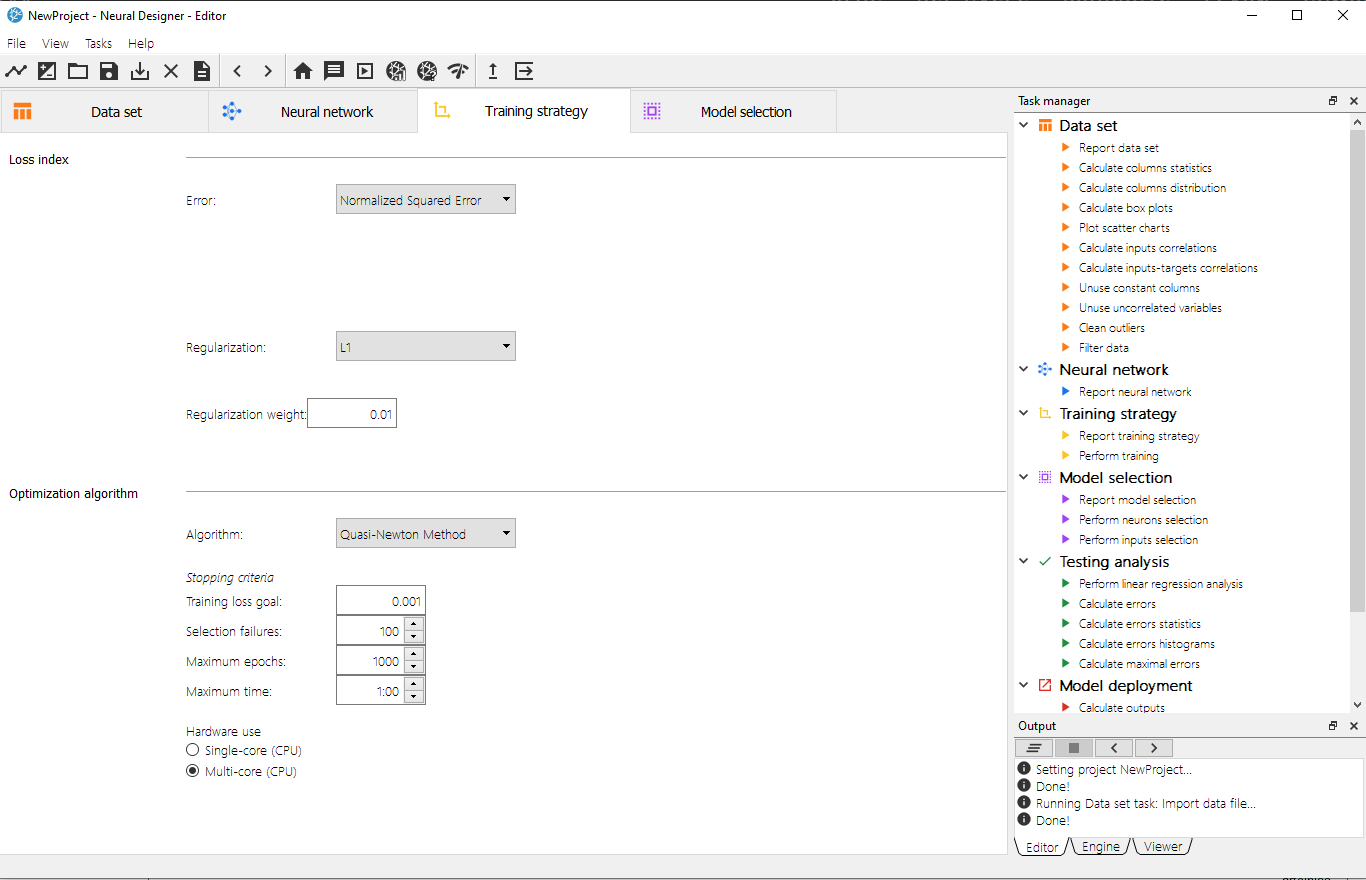 The normalized squared error is the default error method. A regularization term is also added here.
The quasi-Newton method is the default optimization algorithm.
We leave that default values.

The most important task is the so-called Perform training, which appears in the Task manager's list of Training strategy tasks.
Running that task, the optimization algorithm minimizes the loss index, i.e., makes the neural network to fit the data set.
The following figure shows the results from the Perform training task in the Viewer window. 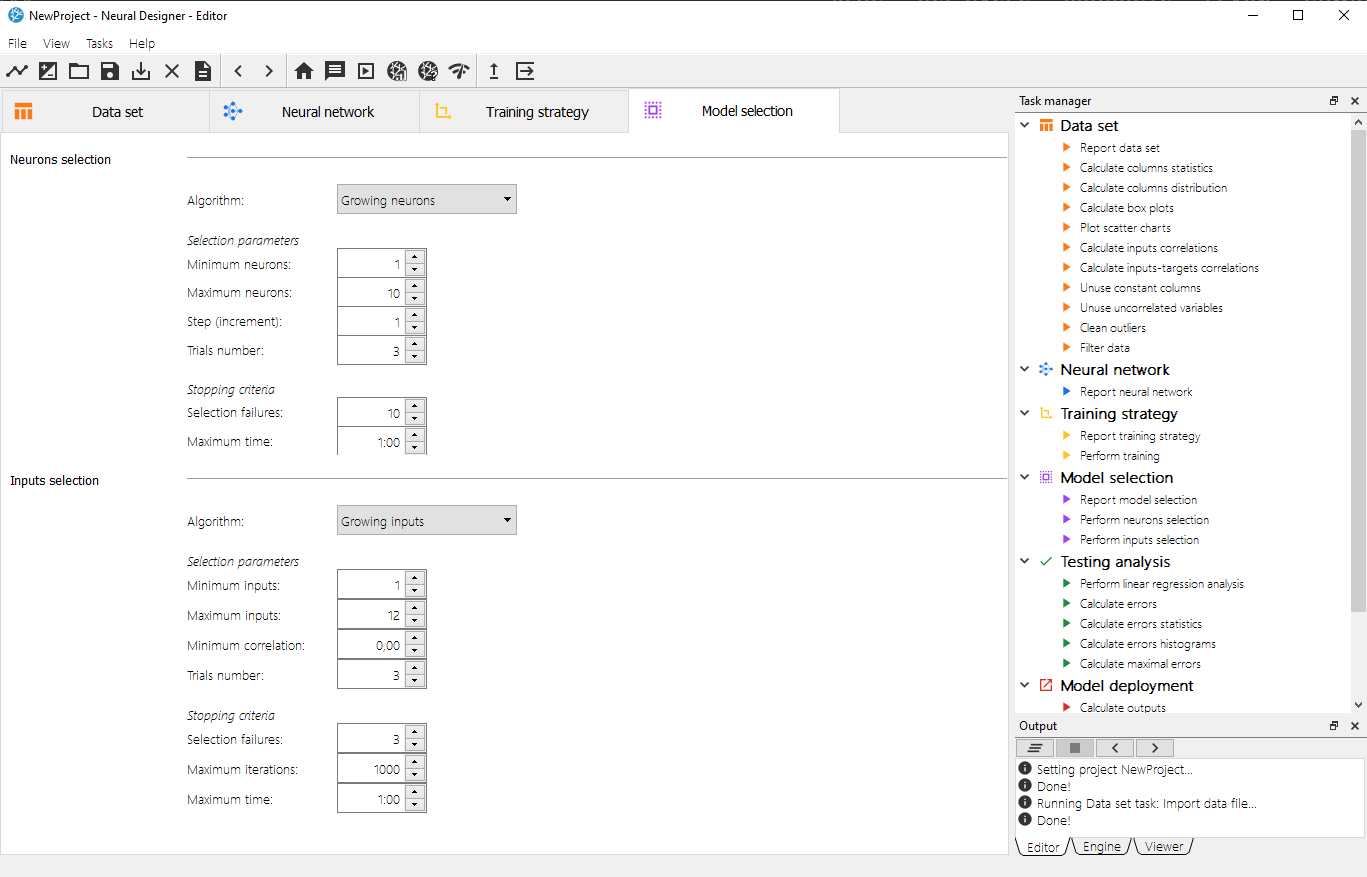 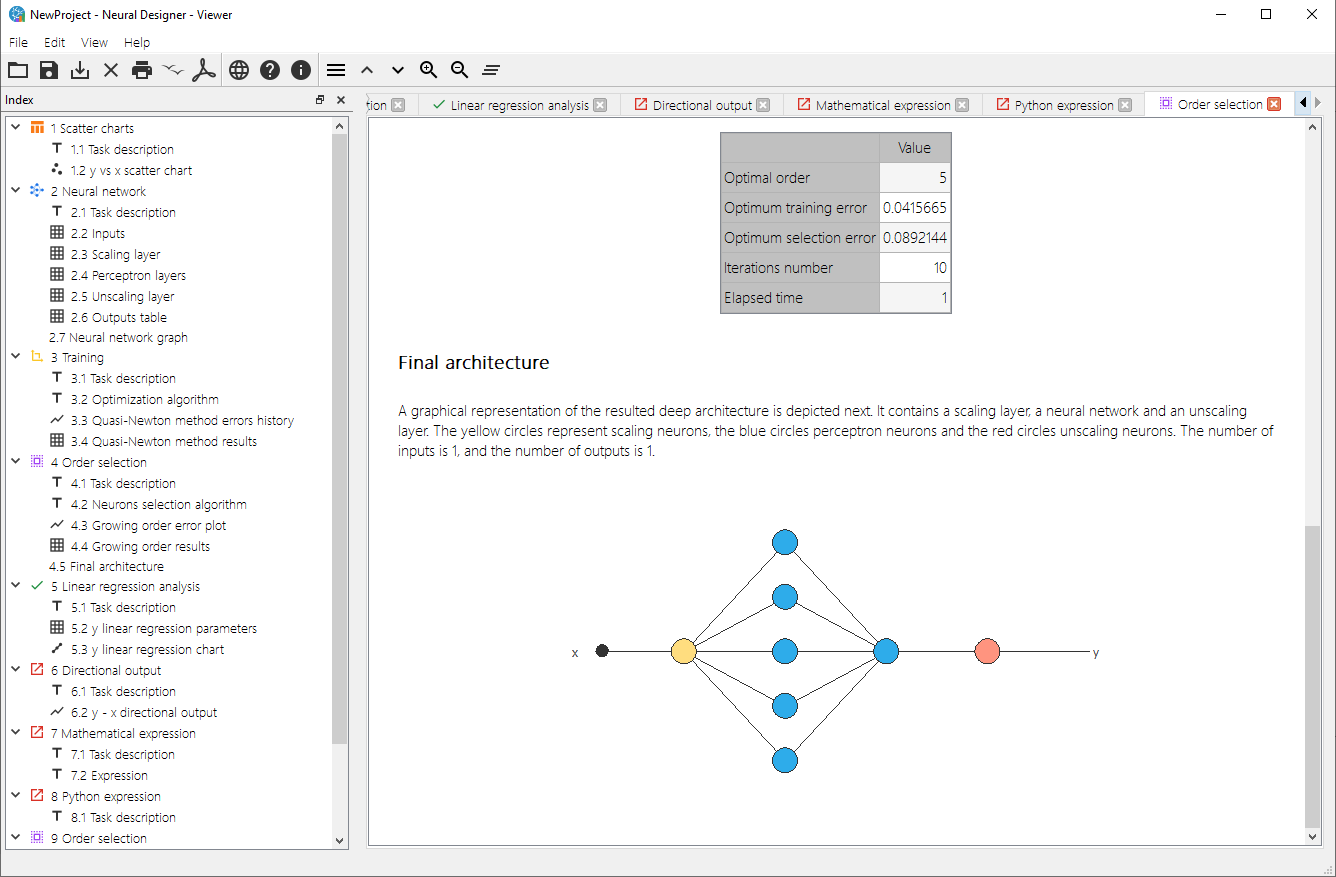 As we can see, an optimal network architecture has been defined after performing the Order selection task.
This redefined neural network is already trained.

There are several tasks to test the model that has been previously trained. These tasks are grouped under Testing analysis in the Task manager.

To test this model, double click on Task manager> Testing analysis> Perform linear regression analysis
The next figure shows the results of this task. 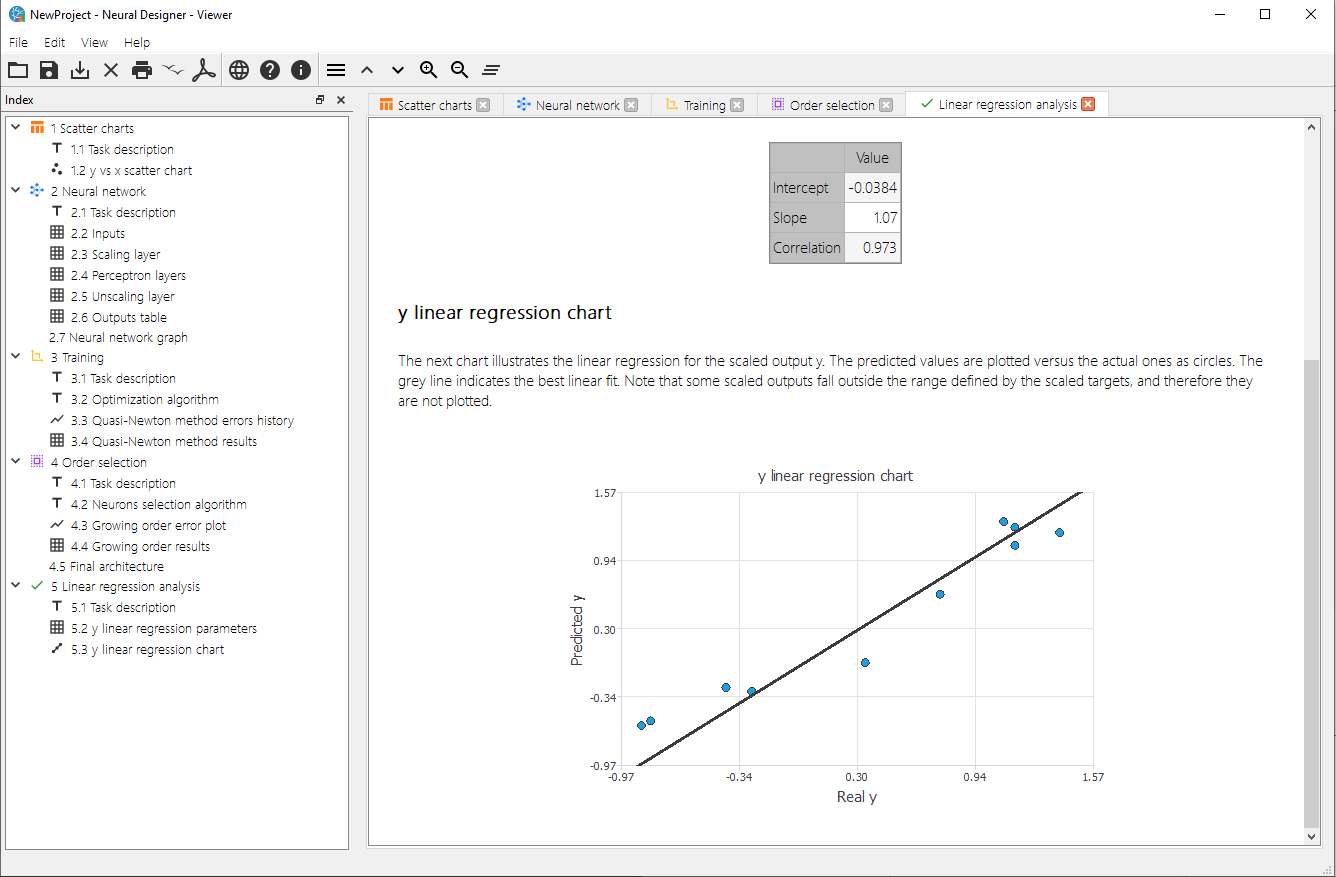 The correlation, as we can observe in the table shown in the Viewer, is very close to 1, so we can say the model predicts well.

Once the model has been tested, it is ready to make predictions. The tasks for this purpose are found under Model deployment in the Task manager.

Double click on Task manager> Model deployment> Plot directional output to see the output variation as a function of a single input.
The picture below shows the results after performing this task. 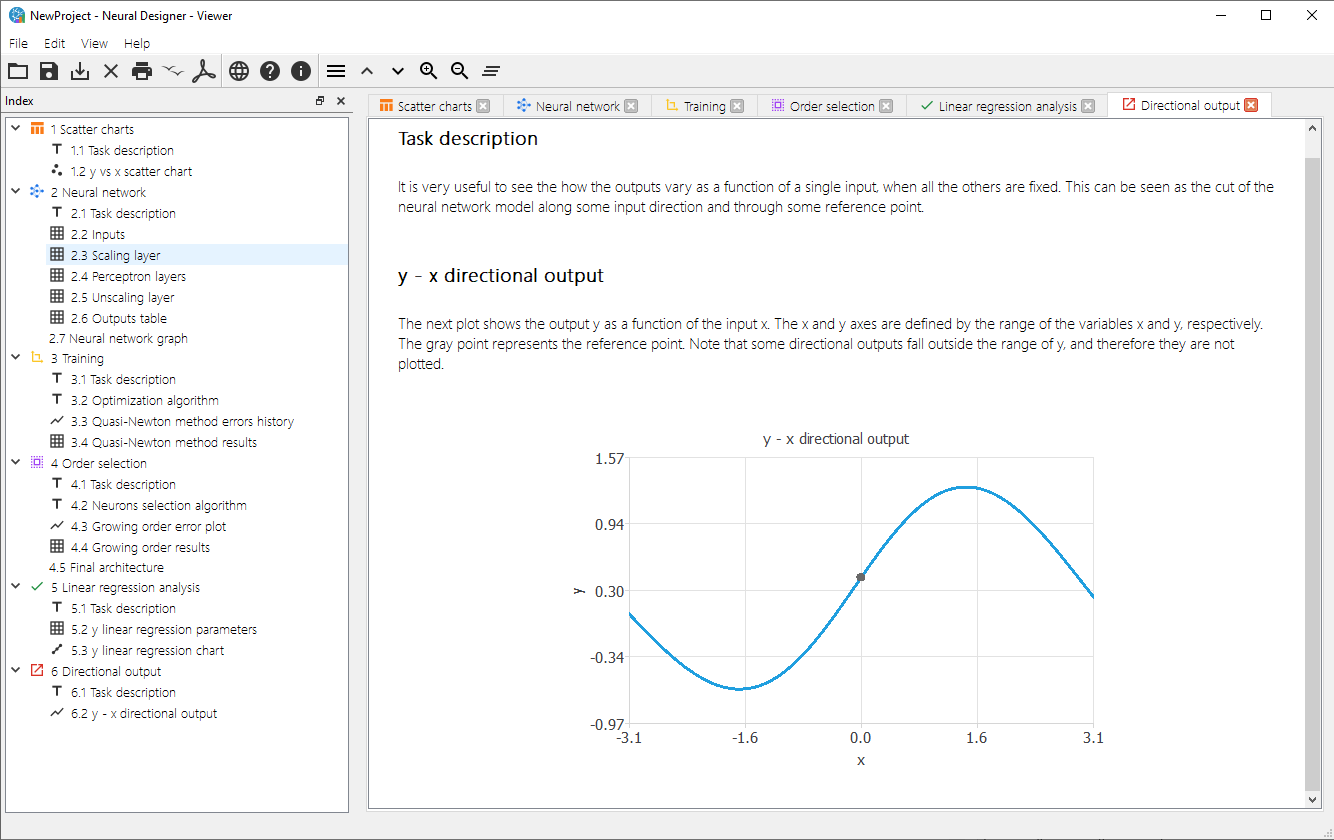 Model deployment tasks also include the option of writing the expression of the predictive model, in addition to exporting this expression to Python or C.
The Python code corresponding to this model is presented below.

To learn more, see the next example: