Bankruptcy is a legal proceeding involving a person or business that is unable to repay their outstanding debts. The aim of this example is to predict the bankruptcy from qualitative parameters from experts.

Risk assessment consists of identifying hazards and risk factors that may cause any possible harm to a business. 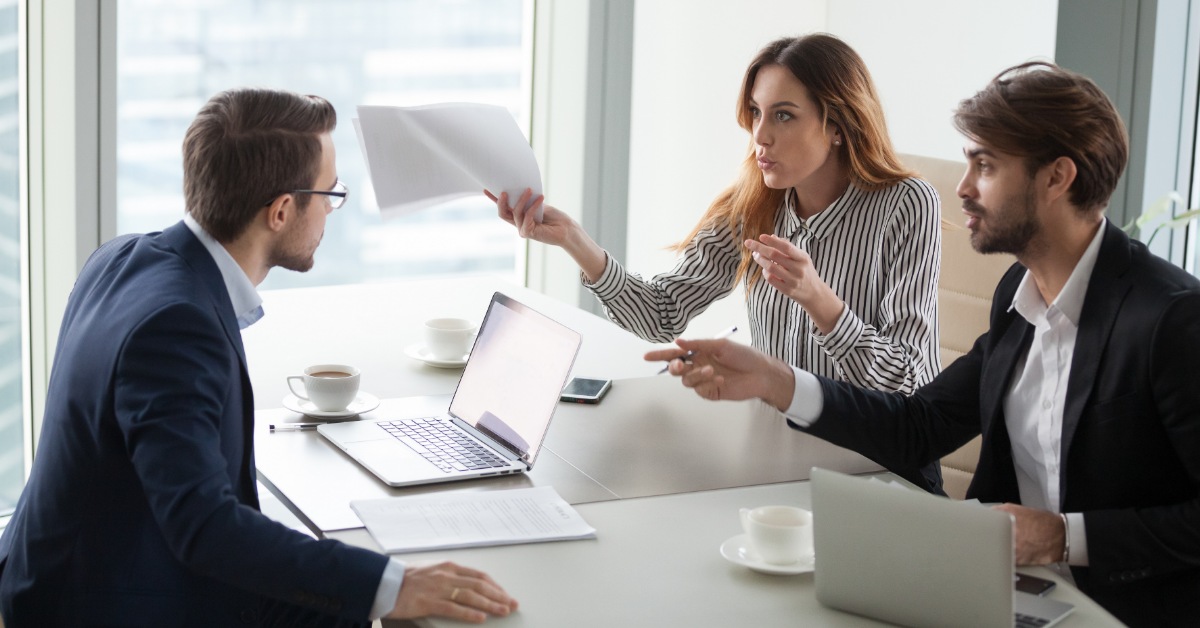 This example is solved with Neural Designer. In order to follow this example step by step, you can use the free trial.

This is a classification project, since the variable to predict is binary (bankruptcy or non-bankruptcy).

The goal here is to model the probability that a business goes bankrupt from different features.

The data set contains information to create our model. We need to configure three things:

The data file used for this example is bankruptcy-prevention.csv, which contains 7 features about 250 companies.

On the other hand, the instances are divided randomly into training, selection and testing subsets, containing 60%, 20% and 20% of the instances, respectively.

Our target variable is class. We can calculate the data distributions and plot a pie chart with the percentage of instances for each class.

As we can see, the target variable is quite well balanced since 42.8% are bankrupt and 57.8% are not.

The inputs-targets correlations might indicate which factors have the greatest influence on going into bankruptcy. 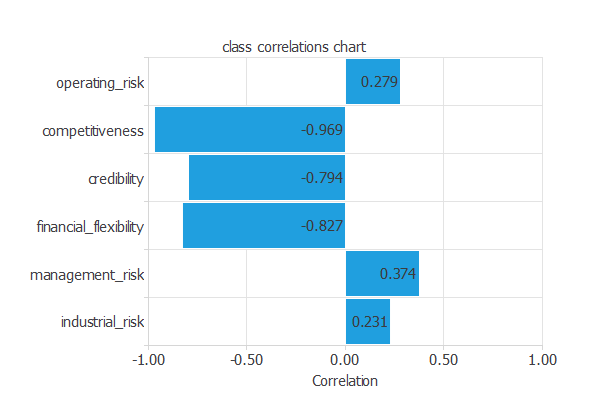 The next step is to set the neural network parameters. For classification problems, it is composed of:

For the scaling layer, the mean and standard deviation scaling method has been set.

We set one perceptron layer with 3 neurons having the logistic activation function. This layer has 6 inputs and since the target variable is binary, only one output.

The neural network for this example can be represented with the following diagram: 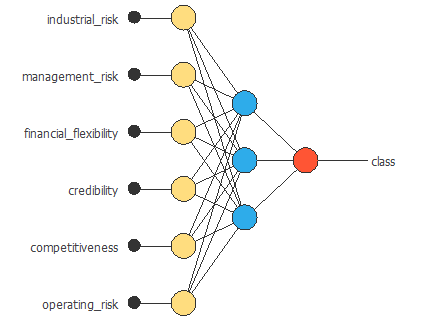 The loss index chosen for this problem is the normalized squared error between the outputs from the neural network and the targets in the data set with L1 regularization.

The selected optimization algorithm is the Quasi-Newton method. 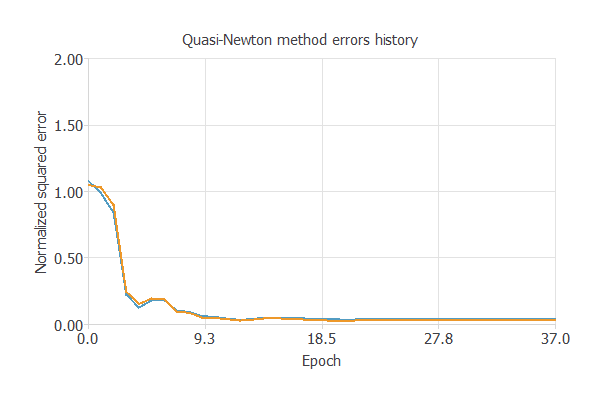 The objective of model selection is to improve the neural network's generalization capabilities or, in other words, to reduce the selection error.

Since the selection error we have achieved so far is minimal (0.045 NSE), there is no need to apply an order selection or an input selection algorithm. 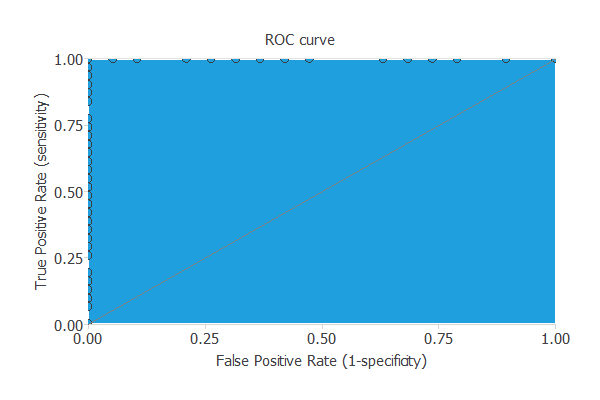 The AUC value for this example is 1.

The total number of testing samples is 50, and all of them are correctly classified.

We can also perform the cumulative gain analysis which is a visual aid that shows the advantage of using a predictive model as opposed to randomness. 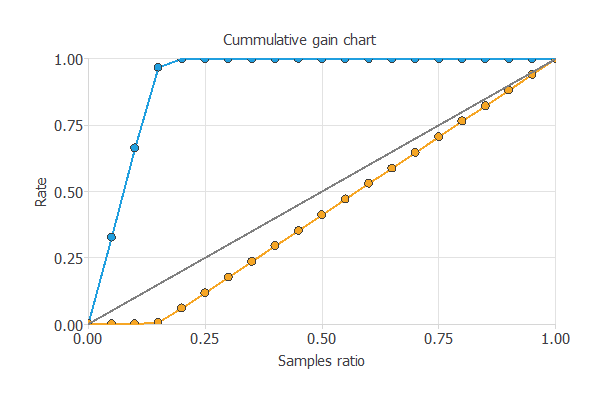 In this case, by using the model, we see that by analyzing 40% of the businesses with the higher probability of going bankrupt, we would reach the 100% of the companies that will go bankrupt.

The next listing shows the mathematical expression of the predictive model.

This formula can be also exported to the software tool required by the company.