Wind power is a free and clean alternative to traditional fossil fuels.

The theoretical power generated by wind turbines can be easily calculated with an ecuation. However, to achive a more realistic solution, taking into account experimental factors, outsile de ideal modeling, we can reach into a Machine Learning solution.

Using actual data from a wind turbine field and a neural network, we will generate a model that can give us all the information we need about how these wind turbines generate power. 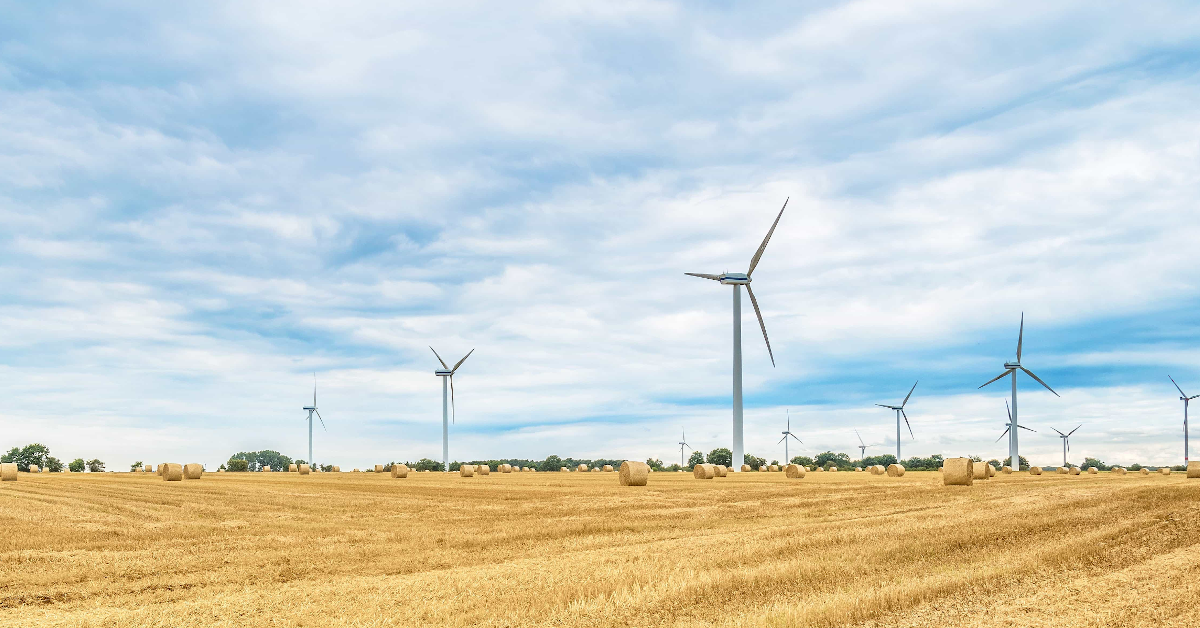 This example is solved with Neural Designer. You can use the free trial to understand how the solution is achieved step by step.

This is an approximation project since the variable to be predicted is continuous (power).

The basic goal here is to model the energy production as a function of the wind speed.

The file wind-turbine.csv contains the data for this example. Here the number of variables (columns) is 2, and the number of instances (rows) is 48007.

We have the following variables for this analysis:

Our target variable will be the last one, power.

The instances are divided into training, selection, and testing subsets. They represent 60%, 20% and 20% of the original instances, respectively, and are split at random.

Calculating the data distributions helps us check for the correctness of the available information and detect anomalies. The following chart shows the histogram for the power-generated variable: 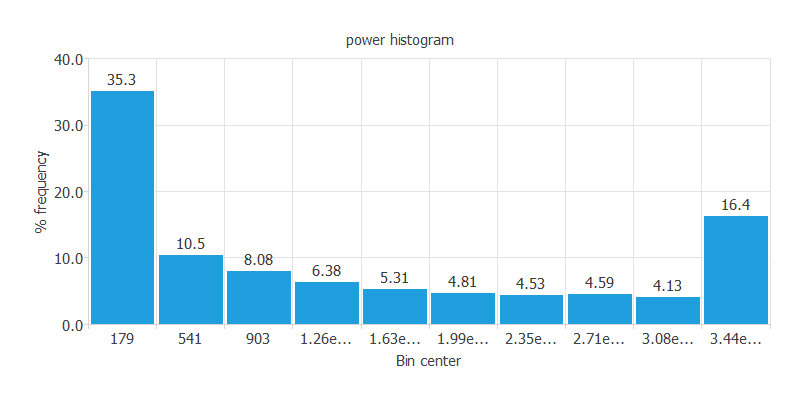 It is also interesting to look for dependencies between input and target variables. To do that, we can calculate an inputs-targets correlations table.

As it was expected, wind speed is highly correlated to the energy produced by the turbines.

Next, we plot a scatter chart. 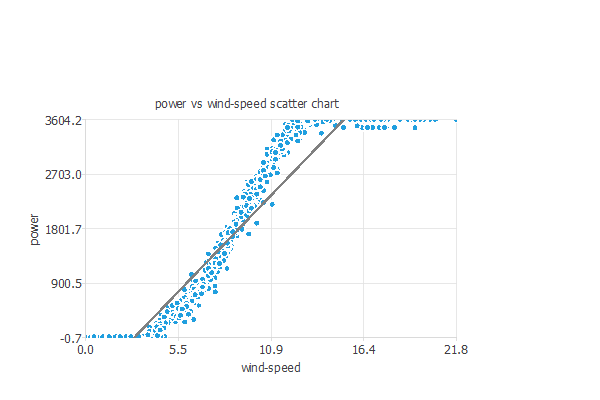 The second step is to build a neural network that represents the approximation function. For approximation problems, it is usually composed by:

The neural network has 1 inputs (wind speed) and 1 output (power).

The scaling layer contains the statistics of the inputs. We use the automatic setting for this layer to accommodate the best scaling technique for our data.

We use 2 perceptron layers here:

The unscaling layer contains the statistics of the outputs. We use the automatic method as before.

The next graph represents the neural network for this example.

The fourth step is to select an appropriate training strategy. It is composed of two parameters: 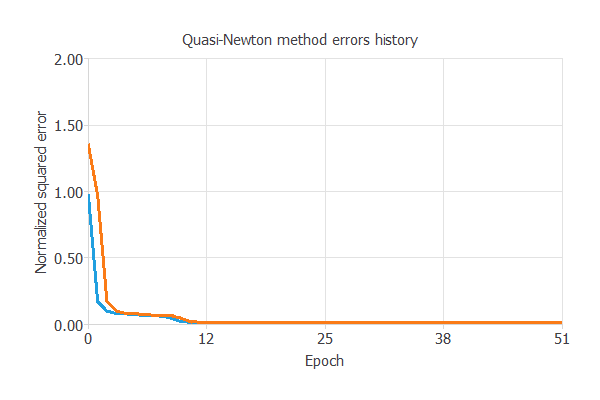 Model selection algorithms are used to improve the generalization performance of the neural network. As the selection error that we have achieved so far is minimal (0.00869 NSE), this algorithm is not necessary here.

The purpose of the testing analysis is to validate the generalization capabilities of the neural network. We use the testing instances in the data set, which have never been used before.

A standard testing method in approximation applications is to perform a linear regression analysis between the predicted and the real pollutant level values. 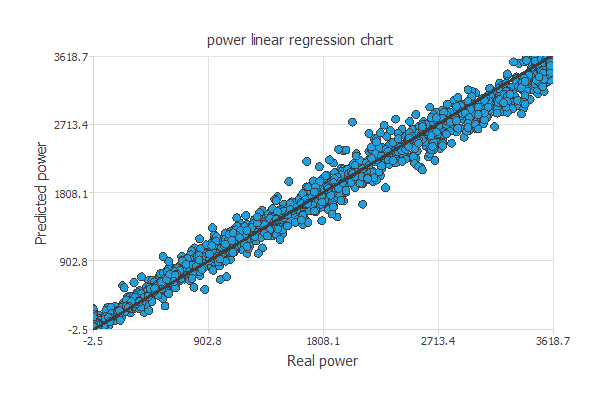 For a perfect fit, the correlation coefficient R2 would be 1. As we have R2 = 0.996, the neural network is predicting the testing data very well.

We can calculate the neural network outputs for a given set of inputs:

The reference point for the plot is the one shown next.

We can see here how the wind speed to solar noon affects the power generated: 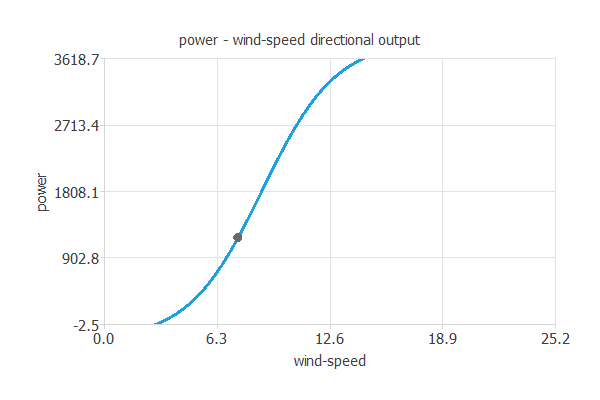 This application finds its true meaning when comparing the mean quadratic error of the fabricant's calculations, using the theoretical turbine power ecuation, (1.95%) versus our model's error (1.41%), which comes to a 27.69% relative improvement. Our model performs better because it takes into account the actual empirical data, instead of a physical aproximation.

The mathematical expression represented by the predictive model is displayed next:

You can watch the step by step tutorial video below to help you complete this Machine Learning example for free using the powerful machine learning software, Neural Designer.