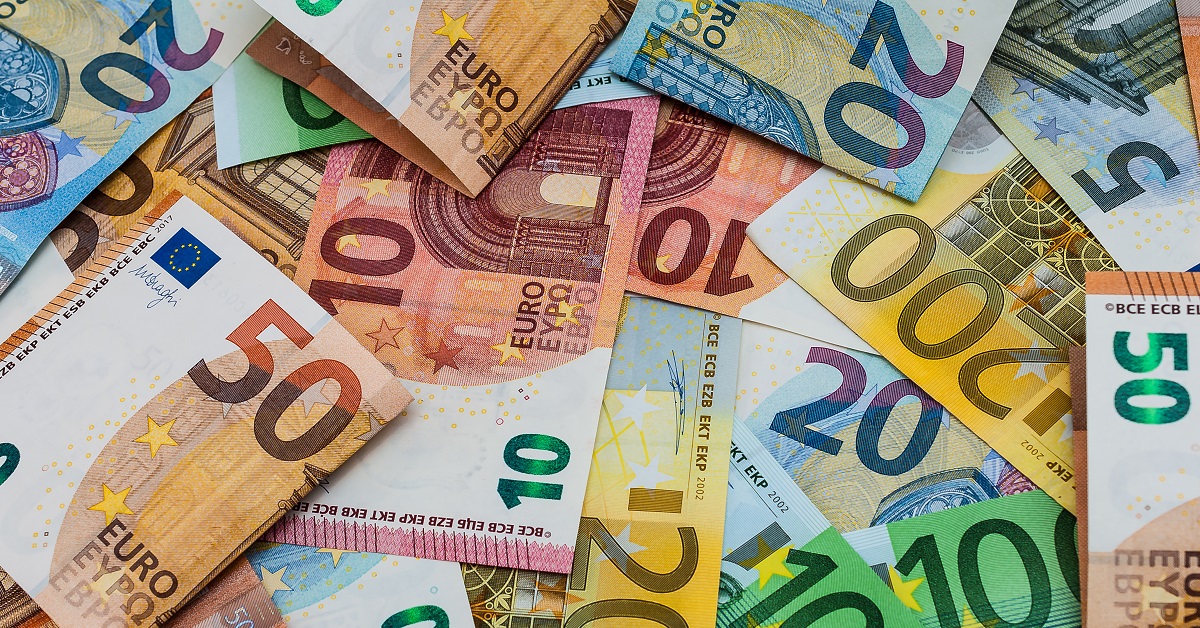 For that, a set of images taken from genuine and forged banknote-like specimens is created. Features such as wavelet variance, wavelet skewness, wavelet kurtosis, and image entropy are extracted from the images.

The final accuracy obtained by this method is 100% on an independent testing set.

This is a classification project, since the variable to be predicted is binary (fraudulent or legal).

The goal here is to model the probability that a banknote is fraudulent as a function of its features.

The data file banknote_authentication.csv is the source of information for the classification problem. The number of instances (rows) in the data set is 1372, and the number of variables (columns) is 5.

We can calculate the data distributions and plot a pie chart with the percentage of instances for each class. 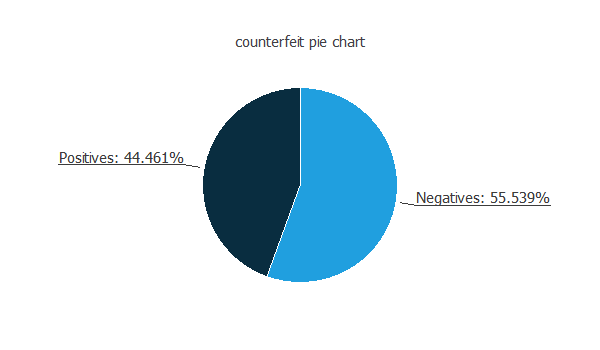 As we can see, the numbers of authentic and forged banknotes are similar.

Next, we plot a scatter chart with the counterfeit, and the wavelet transformed variance data. 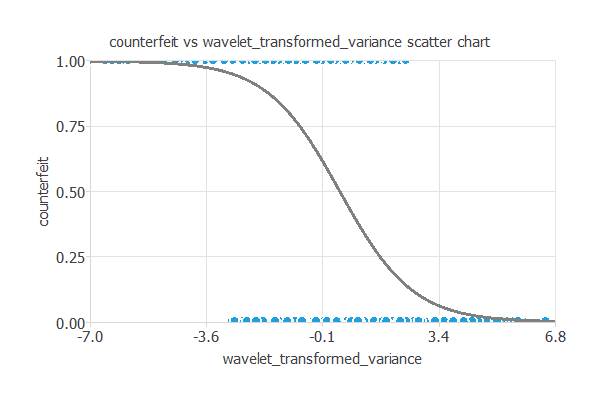 In general, the more wavelet transformed variance, the less probability of counterfeit.

The inputs-targets correlations might indicate which factors better discriminate between authentic and false banknotes.

The above chart shows that the wavelet transformed variance might be the most influential variable for this application.

The second step is to configure a neural network to represent the classification function.

The next picture shows the neural network that defines the model.

The loss index that we use is the weighted squared error with L2 regularization.

We use here the quasi-Newton method as the optimization algorithm. The default training parameters, stopping criteria, and training history settings are left.

The next figure shows the loss history with the quasi-Netwon method. As we can see, the loss decreases until it reaches a stationary value. This is a sign of convergence. 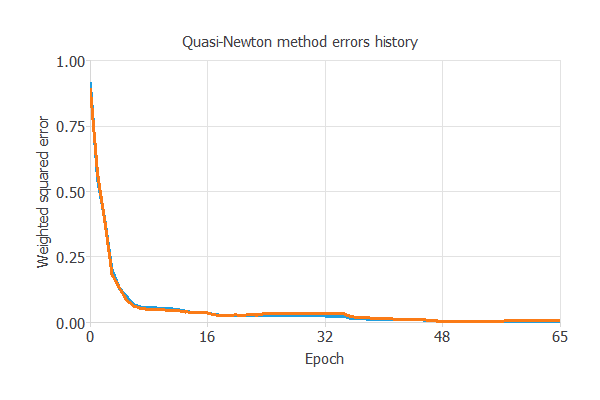 The objective of model selection is to improve the neural network's generalization capabilities or, in other words, to reduce the selection error.

Since the selection error we have achieved so far is minimal (0.011 WSE), there is no need to apply an order selection or an input selection.

The testing analysis aims to validate the generalization performance of the trained neural network.

A good measure for the precision of a binary classification model is the ROC curve. 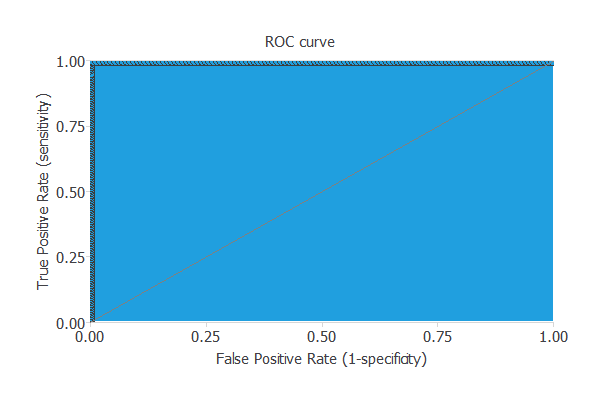 The area under the curve of the model is AUC = 1, which means that the classifier predicts well all the testing instances.

For that, we can embed the mathematical expression represented by the neural network in the banknote authentication system. This expression is written below.