In this type of plant, the electricity is generated by gas and steam turbines combined in one cycle. Then, it is transferred from one turbine to another.

The ambient variables affect the gas turbine performance while the vacuum is collected from and affects the steam turbine.

This example aims to model the energy generated as a function of exhaust vacuum and ambient variables and use that model to improve the plant's performance. 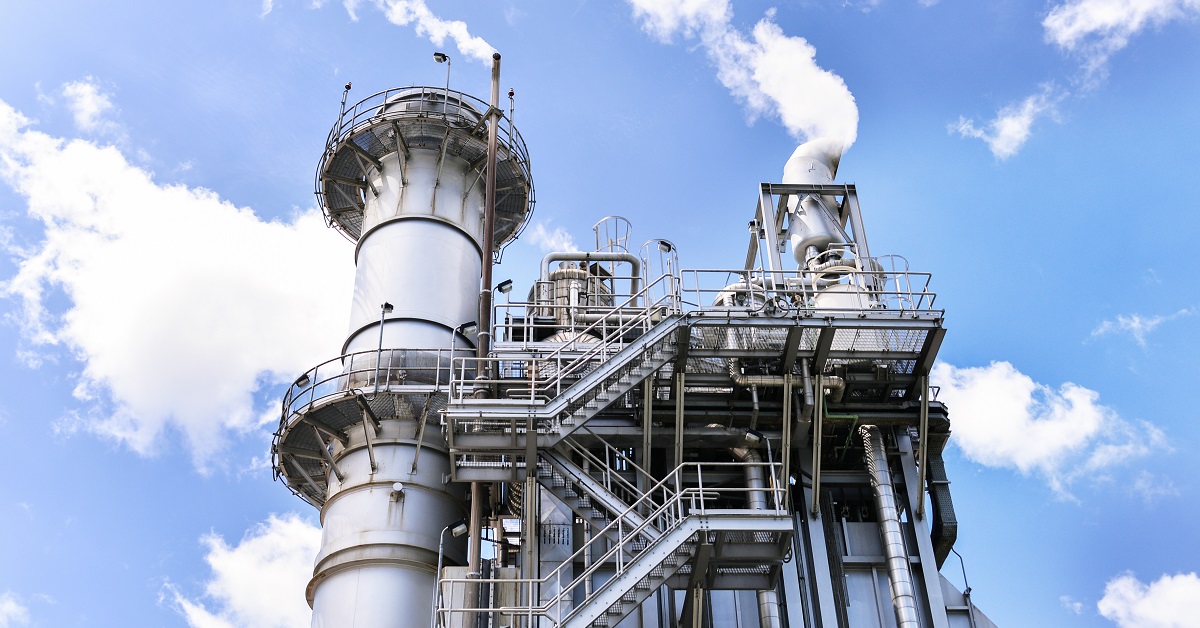 This is an approximation project since the variable to be predicted is continuous (energy production).

The primary goal here is to model energy production as a function of environmental and control variables.

The data file combined_cycle_power_plant.csv contains 9568 samples with 5 variables collected from a combined cycle power plant over six years when the power plant was set to work with a full load. The measurements were taken every second.

The variables, or features, are the following:

The instances are divided into training, selection, and testing subsets. They represent 60%, 20%, and 20% of the original instances, respectively, and are split at random.

Calculating the data distributions helps us to check for the correctness of the available information and detect anomalies. The following chart shows the histogram for the variable energy_output. 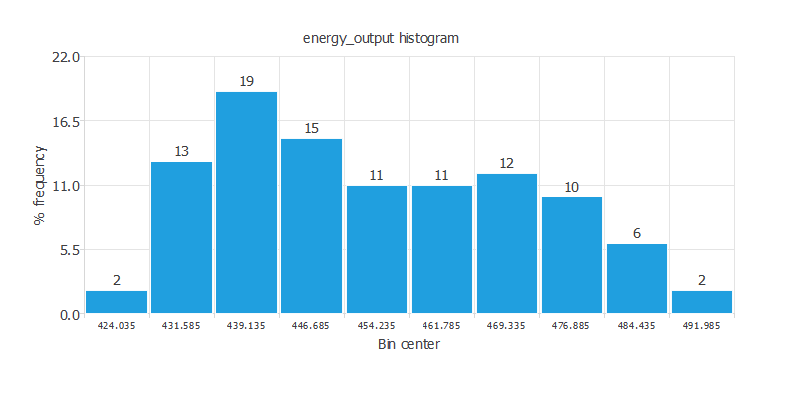 As we can see, there are more scenarios where the energy produced is small than where it is big.

It is also interesting to look for dependencies between a single input and single target variables. To do that, we can plot an inputs-targets correlations chart.

The highest correlation is the yield for the temperature (in general, the more temperature, the less energy production).

Next, we plot a scatter chart for the energy output and the exhaust vacuum. 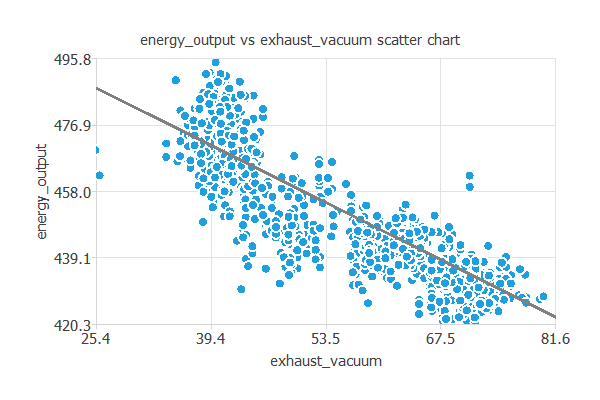 The second step is to build a neural network that represents the approximation function. For approximation problems, it is usually composed by:

The scaling layer contains the statistics of the inputs. As all inputs have normal distributions, we use the mean and standard deviation scaling method.

We use 2 perceptron layers here:

The unscaling layer contains the statistics of the outputs. As the output has a normal distribution, we use the mean and standard deviation unscaling method.

The next graph represents the neural network for this example.

The fourth step is to select an appropriate training strategy. It is composed of two things: 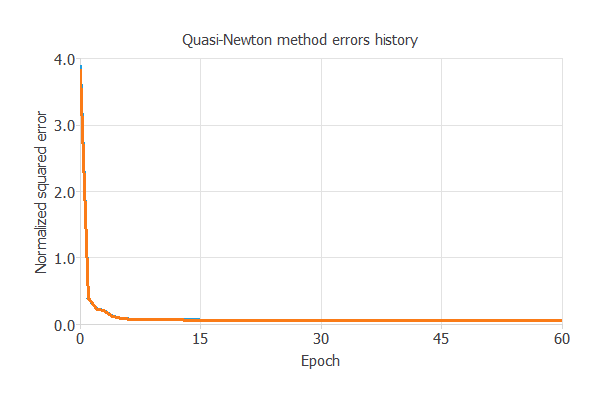 Model selection algorithms are used to improve the generalization performance of the neural network.

As the selection error that we have achieved is minimal (0.067 NSE), this algorithm is unnecessary.

The purpose of the testing analysis is to validate the generalization capabilities of the neural network. We use the testing instances in the data set, which have never been used before.

A standard testing method in approximation applications is to perform a linear regression analysis between the predicted and the real energy output values. 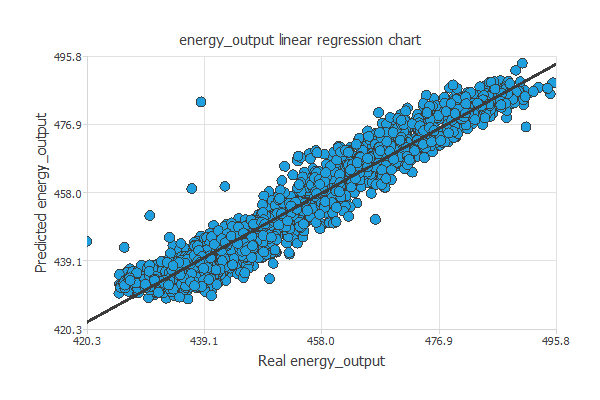 For a perfect fit, the correlation coefficient R2 would be 1. As we have R2 = 0.968, the neural network is predicting very well the testing data.

We can calculate the neural network outputs for a given set of inputs:

The next list shows the reference point for the plots.

Next, we define a reference point and see how the energy production varies with the exhaust vacuum around that point. 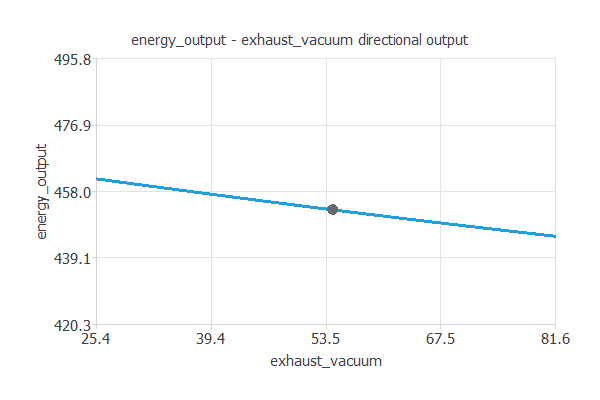 As we can see, reducing the exhaust vacuum increases energy output.

The mathematical expression represented by the predictive model is listed next:

You can watch the step-by-step tutorial video below to help you complete this Machine Learning example for free using the easy-to-use machine learning software Neural Designer.