In this example, an empirical model for the residuary resistance of sailing yachts as a function of hull geometry coefficients and the Froude number is constructed using a neural network.

The Delft data set comprises 308 full-scale experiments, which were performed at the Delft Ship Hydromechanics Laboratory. These experiments include 22 different hull forms, derived from a parent form closely related to the `Standfast 43' designed by Frans Maas.

Variations concern the longitudinal position of the center of buoyancy, prismatic coefficient, length-displacement ratio, beam-draught ratio, and length-beam ratio. For every hull form, 14 different values for the Froude number ranging from 0.125 to 0.450 are considered. As it has been said, the measured variable is the residuary resistance per unit weight of displacement. 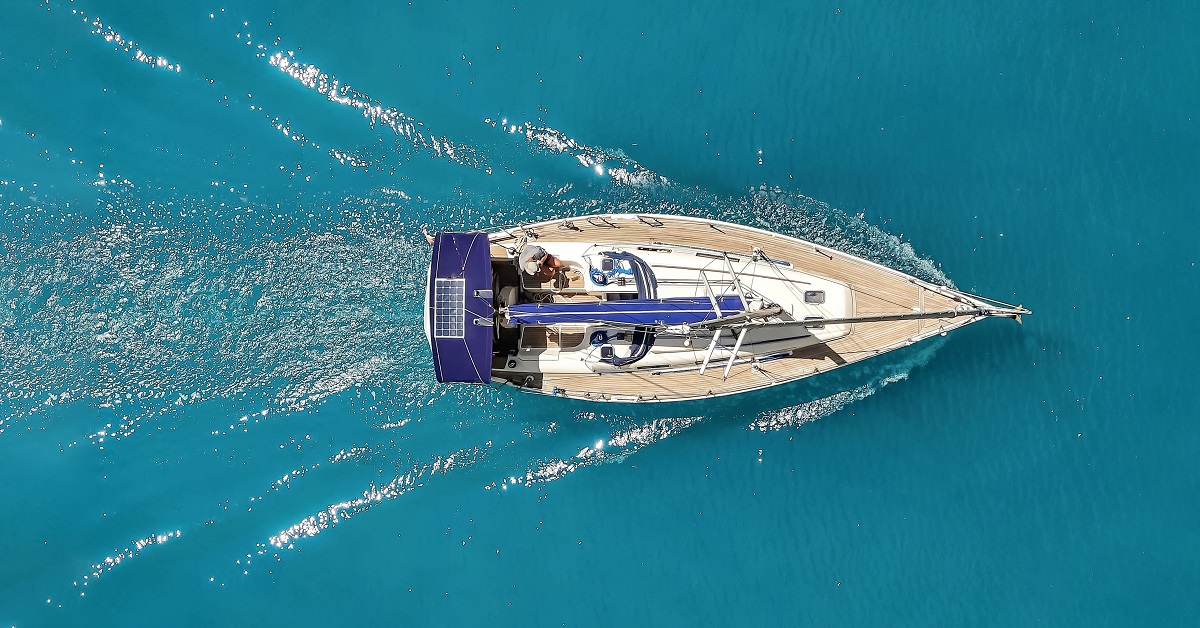 This is an approximation project since the variable to be predicted is continuous (residuary resistance).

The primary goal here is to model the residuary resistance of a yacht, as a function of its geometry and speed.

The first step is to prepare the data set, which is the source of information for the approximation problem. It contains the following three concepts:

The file yacht_hydrodynamics.csv contains the data for this example. Here the number of instances (rows) is 308, and the number of variables (columns) is 7.

Note that the variables use (input, target, or unused) must be selected carefully. Any application must have one or more inputs and one or more targets.

Once the data set page has been edited, we are ready to run a few related tasks. With that, we check that the provided information is of good quality.

We can calculate the data distributions and draws a histogram for each variable to see how they are distributed. The following figure shows the histogram for the resistance data, which is the only target. 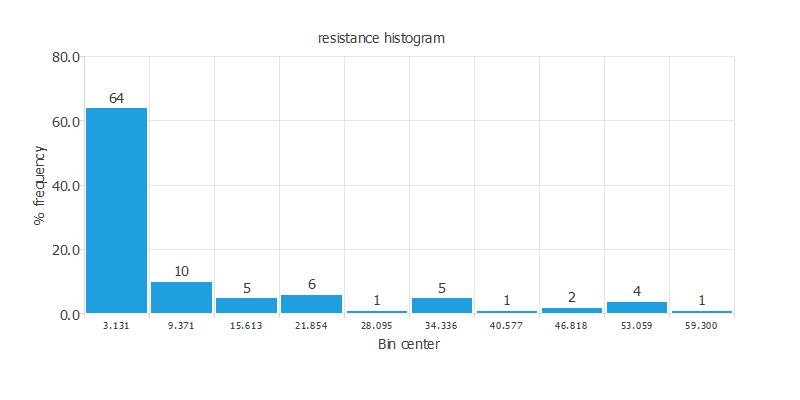 As we can see, most of the data is concentrated at low resistance values.

The next figure shows the correlations that the input variables have with the target variable. 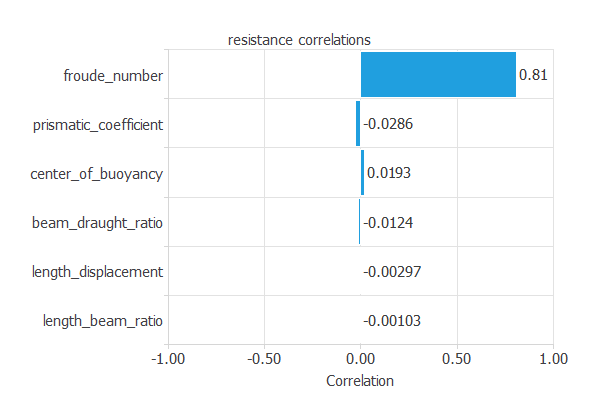 The second step is to set the neural network stuff. For approximation project types, it is usually composed of:

The scaling layer section contains the statistics on the inputs calculated from the data file and the method for scaling the input variables. Here the minimum and maximum method has been set. Nevertheless, the mean and standard deviation method would produce very similar results.

A hidden sigmoid layer and a linear output layer of perceptrons will be used in this problem (this is the default in approximation). It must have 6 inputs and 1 output neuron. While the numbers of inputs and output neurons are constrained by the problem, the number of neurons in the hidden layer is a design variable. Here we use 6 neurons in the hidden layer, which yields to 49 parameters. Finally, all the biases and synaptic weights in the neural network are initialized at random.

The unscaling layer contains the statistics on the outputs calculated from the data file and the method for unscaling the output variables. Here the minimum and maximum method will also be used.

The neural network for this example can be represented as the following diagram:

The function above is parameterized by all the biases and synaptic weights in the neural network, i.e., 49 parameters.

The loss index chosen for this problem is the normalized squared error between the outputs from the neural network and the targets in the data set. On the other hand, no regularization will be used for this application.

The selected optimization algorithm is the quasi-Newton method. 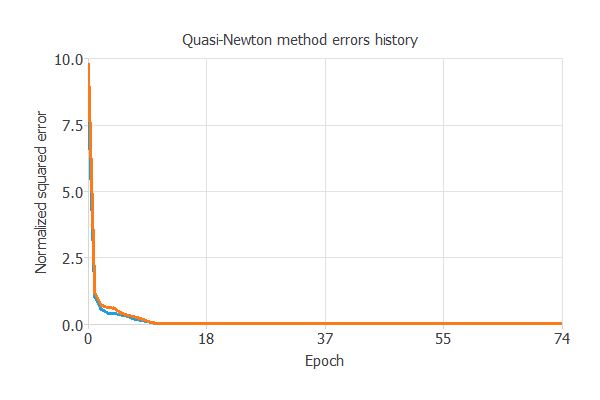 Model selection algorithms are used to improve the generalization performance of the neural network.

As the selection error achieved so far is minimal (0.007 NSE), these kinds of algorithms are not necessary here.

The next step is to perform a testing analysis to measure the generalization performance of the neural network. Here we compare the values provided by this technique to the observed values. Note that, since testing has no settings, there is no testing analysis page in Neural Designer.

A common testing technique for the neural network model is to perform a linear regression analysis between the predicted and their corresponding experimental residuary resistance values, using an independent testing set. The following figure illustrates a graphical output provided by this testing analysis. 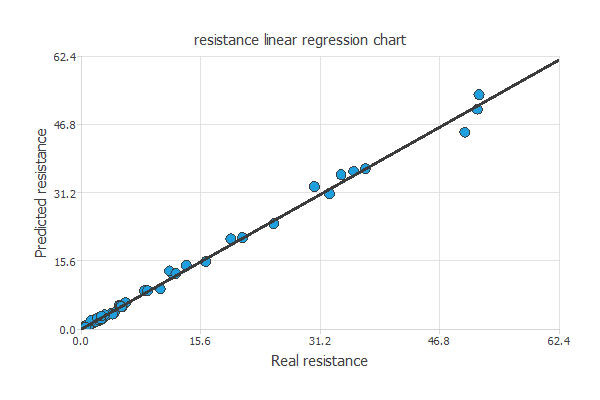 The solid line indicates the best linear fit. The dashed line with R2 = 1 would indicate a perfect fit. From the information above, we can see that the neural network predicts the entire range of residuary resistance data. Indeed R2 value is very close to 1.

The neural network is now ready to estimate the residuary resistance of sailing yachts with satisfactory quality over the same range of data. 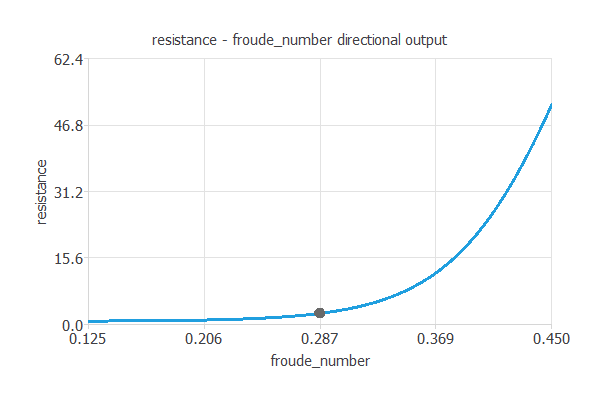 The explicit expression for the residuary resistance model obtained by the neural network is listed below.

The above expression could be exported elsewhere to design yachts according to this predictions.