Customer targeting consists of identifying those persons that are more prone to a specific product or service.

This example aims to predict whether bank clients will subscribe to a long-term deposit and which will not.

The data set used here is related to the direct marketing campaigns of a Portuguese bank institution.

The variable to be predicted is binary (buy or not buy). Thus, this is a classification project.

In general, a data set contains the following concepts:

The data file bank_marketing.csv contains the information used to create the model. It consists of 1522 rows and 19 columns. Each row represents a different customer, while each column represents a distinct feature for each customer.

We can calculate the data distribution to see the percentage of instances for each class. 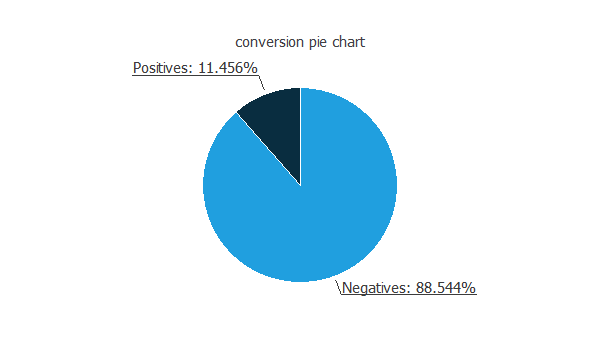 We can also calculate the inputs-targets correlations between the conversion rate and all the customer features to see which variables might influence the buying process. 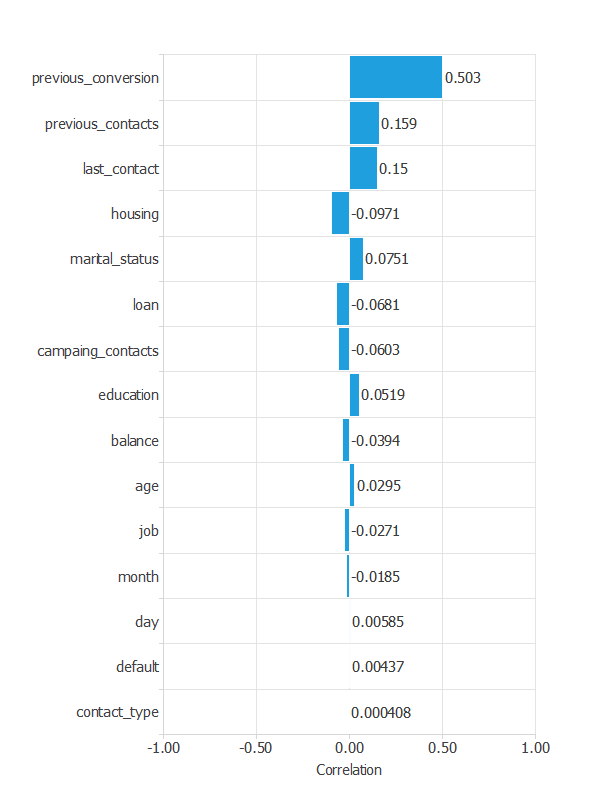 The second step is to configure the neural network parameters. For classification problems, it is composed of:

The next figure is a graphical representation of the neural network used for this problem. 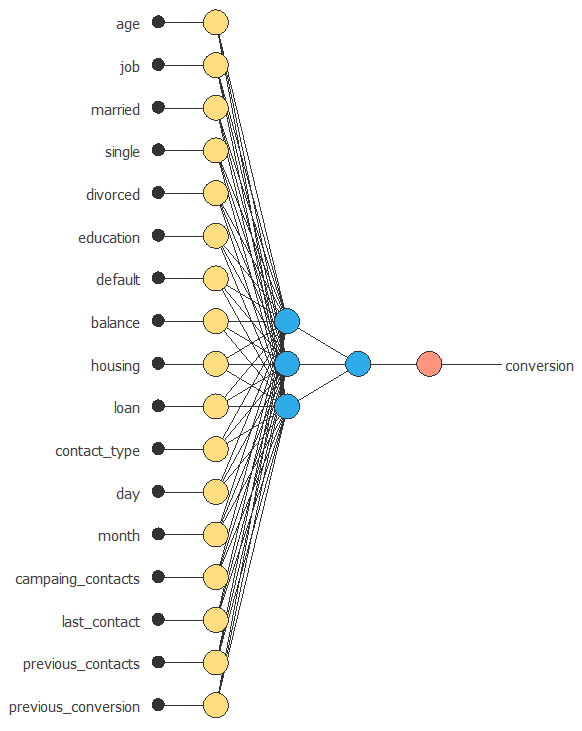 The fourth step is to configure the training strategy, which is composed of two concepts:

The loss index chosen is the weighted squared error with L2 regularization.

The optimization algorithm is applied to the neural network to get the minimum loss.

The chosen algorithm here is the quasi-Newton method. We leave the default training parameters, stopping criteria, and training history settings. 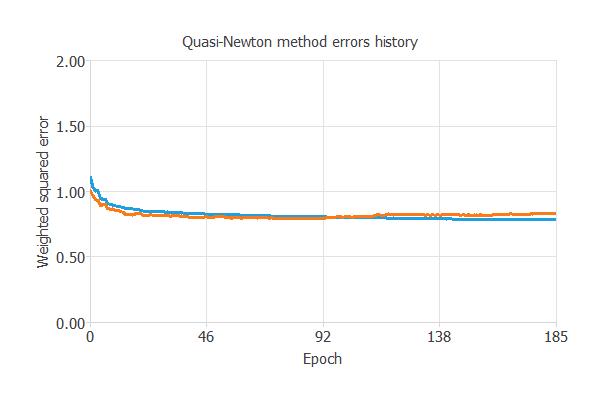 The objective of model selection is to find a network architecture with the best generalization properties, that is, that which minimizes the error on the selected instances of the data set.

More specifically, we want to find a neural network with a selection error of less than 0.889 WSE, which is the value that we have achieved so far. 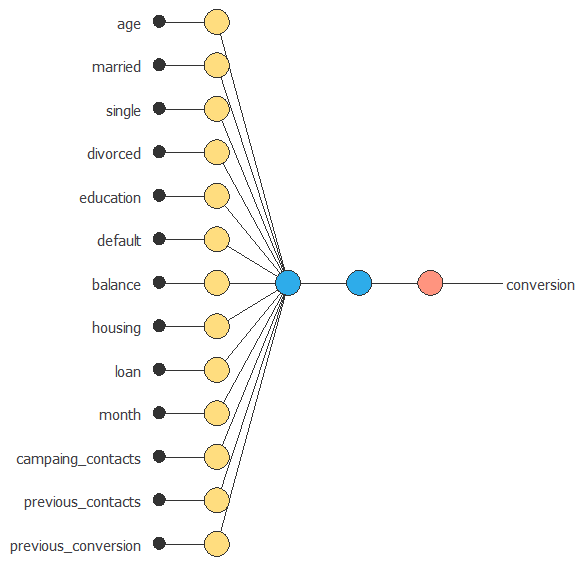 A commonly used method to test a neural network is the ROC curve. 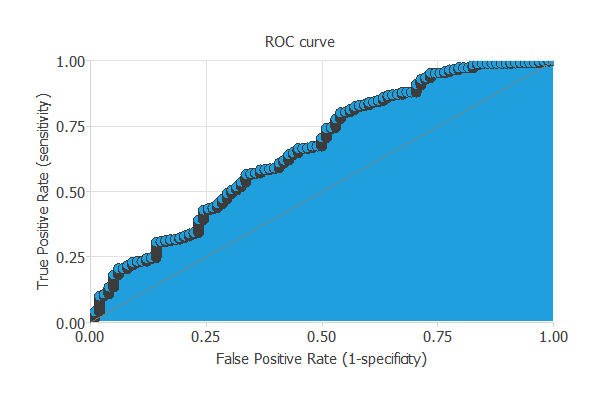 The classification accuracy takes a high value, which means that the prediction is suitable for many cases.

The second one is another graphical aid that shows the advantage of using a predictive model against randomness. The next picture depicts the cumulative gain for the current example.

As we can see, this chart shows that by calling only half of the clients, we can achieve more than 80% of the positive responses.

The conversion rates for this problem are depicted in the following chart.

We can predict which clients have more probability of buying the product by calculating the neural network outputs. For that, we need to know the input variables for each new client.

The mathematical expression represented by the neural network is written below. It takes all the features of a customer to produce the output prediction. For classification problems, the information is propagated in a feed-forward fashion through the scaling, perceptron, and probabilistic layers. This expression can be exported anywhere.