The advance of new technology and electric cars has been taking place recently. Many companies want to assure their electric engines to be the best in the market, speaking in terms of reliability, autonomy for the client and durability.

Therefore, these companies perform tests digitally to prevent any damage to the actual product and to find the best temperature interval the engines work the best in.

Performance optimization can be applied to understand the behavior of the electric motors.

For this study we have gathered a large data set of several sensor data collected from a permanent magnet synchronous motor deployed on a test bench.

Being able to have strong estimators for the rotor and stator temperature helps the automotive industry to improve their motors, reducing power losses and eventually heat build-up. 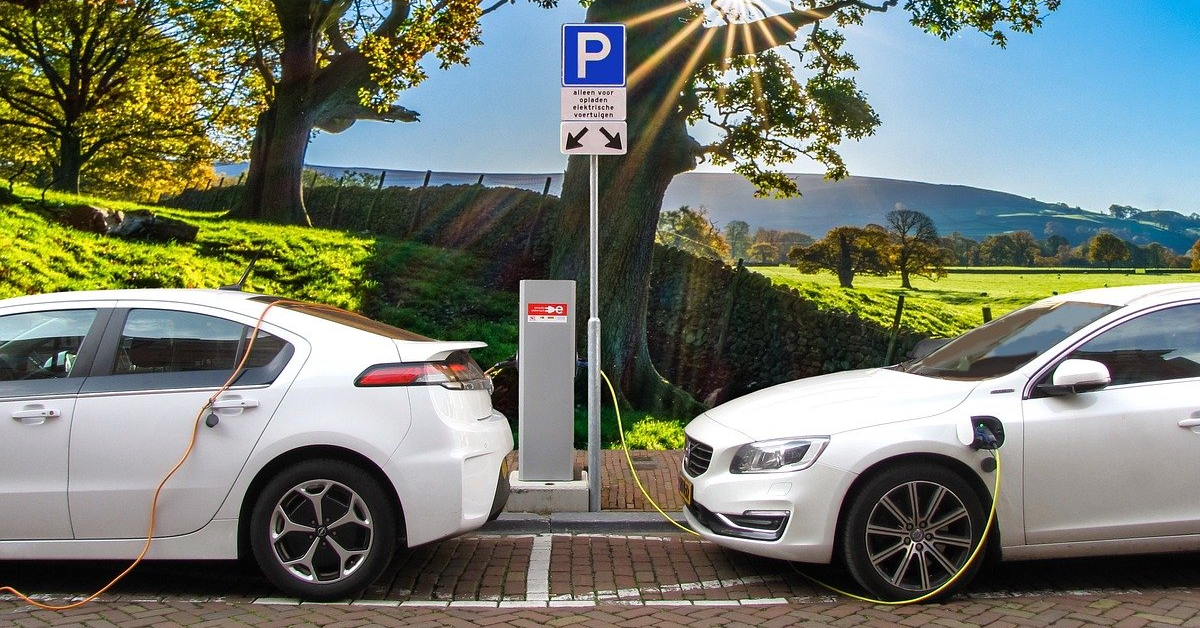 This is an approximation project since the variable to be predicted is continuous (engine temperature).

The fundamental goal here is to understand how voltage and current affect numerous car features and the temperature of different parts of an electric motor.

The file pmsm_motor_temperature.csv contains the data for this example. Here the number of variables (columns) is 14, and the number of instances (rows) is 107.

We have different variables in the study: 'profile_id' should stay as "unused", because is an instance that simply remarks the measurement session. On the contrary, 'ambient', 'coolant', 'u_d', 'u_q', 'i_d', 'i_q', 'u_module' and 'i_module' are inputs. Finally, 'motor_speed', 'torque', 'stator_yoke', stator_tooth' and 'stator_winding' are the targets of this study. Indeed, our main goal is to describe the behavior of the electric motor to prevent overheating. That is why these output variables show the temperature of the internal parts of the engine.

They are divided at random into training, selection, and testing subsets, containing 60%, 20%, and 20% of the instances, respectively. More specifically, 65 samples are used here for training, 21 for validation, and 21 for testing.

For instance, we can calculate the data distribution. The next figure depicts the histogram for one of the target variables.

In this diagram, we can see a normal distribution of the stator tooth temperature representing one of the parts of the stator temperature. We could affirm is normal because this output depends on a lot of input variables at the same time and during this experiment the inputs were constantly varying, causing the targets to have this type of distribution.

The next figure depicts inputs-targets correlations. This might help us to see the influence of the different inputs on the motor temperature.

As this machine learning study has various target variables, we will show the correlations diagram of one of them. 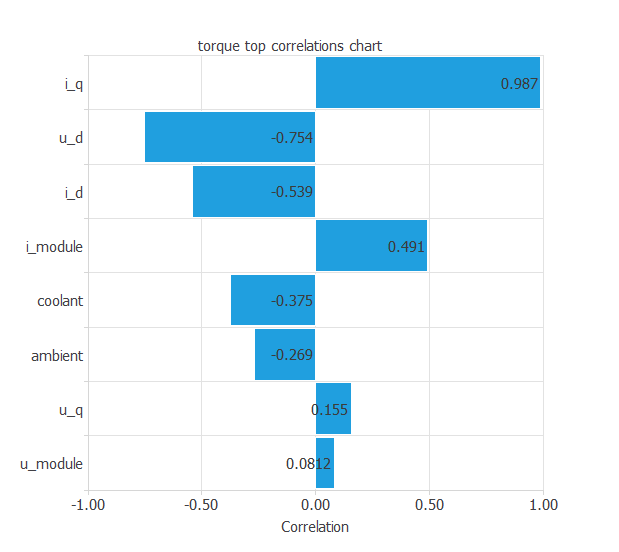 The above chart shows that a few instances have an important dependency on the variable 'torque'. As we can see, there is an instance that is highly correlated to this target, which is the case of the input 'i_q'. At first sight, we could have predicted this behavior simply by looking at the data set and realizing the torque is induced by the current, in this case by the quadrature coordinate of the current.

We can also plot a scatter chart with the price versus the horse power. 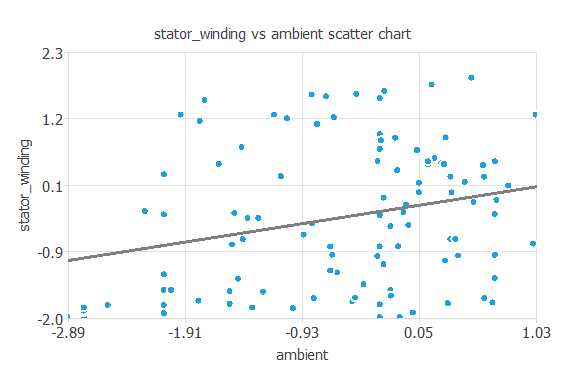 The neural network will output the different motor temperatures as a function of the current, voltage, coolant temperature and ambient temperature.

Here two perceptron layers are added to the neural network. This number of layers is enough for most applications. The first layer has 8 inputs and 3 neurons. The second layer has 3 inputs and 5 neuron. 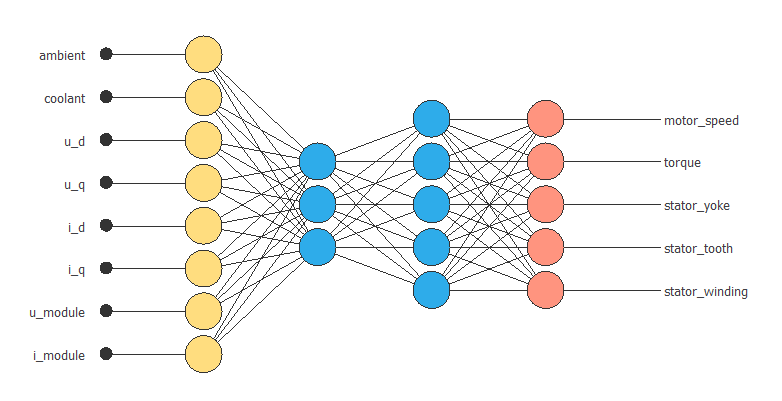 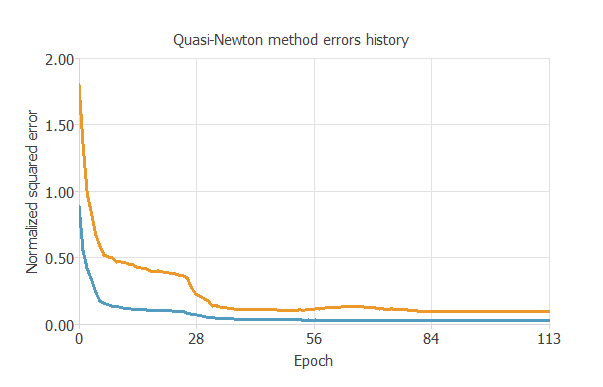 The objective of model selection is to find the network architecture with the best generalization properties. That is, we want to improve the final selection error obtained before (0.083 NSE). 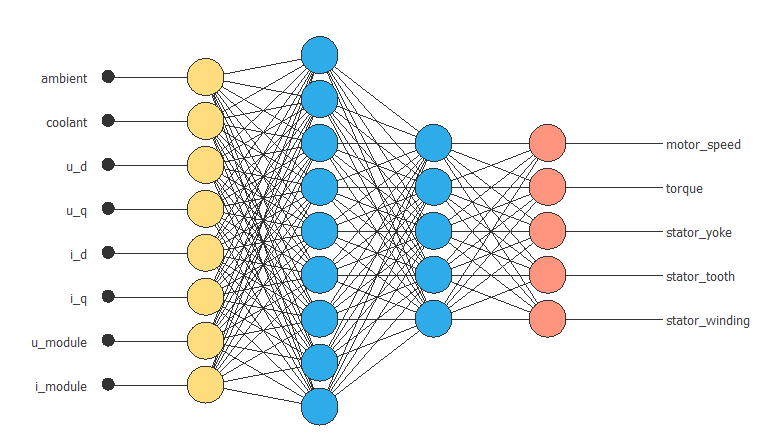 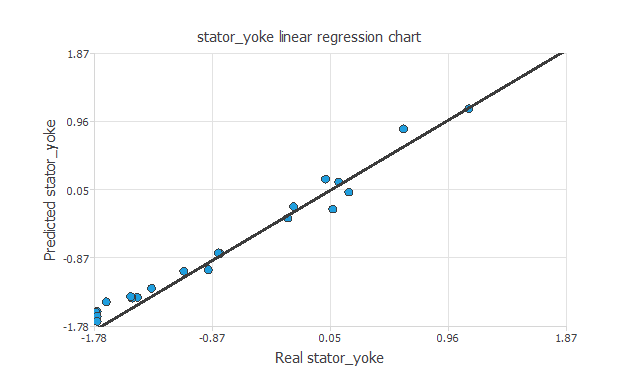 From the above chart, we can see that the neural network is predicting well the entire range of temperature data. The correlation value is R2 = 0.990, which indicates that the model has a reliable prediction capability.

The model is now ready to estimate the temperature of the engine components with satisfactory quality over the same data range.

We can plot a directional output of the neural network to see how the targets vary with a given input, for all other inputs fixed. The next plot shows the car price as a function of the frequency, through the following point: 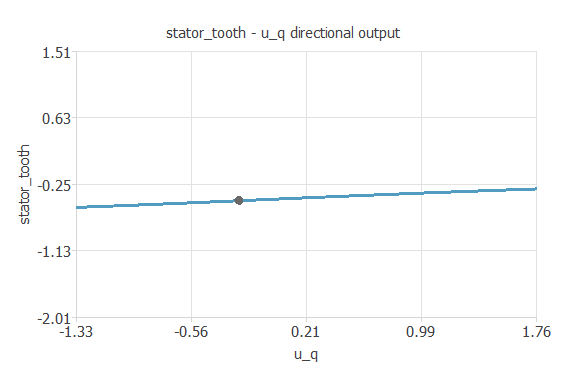 The electric_motor.py contains the Python code for the electric motor temperature Neural Network.