After surgery, the evolution of the patient depends on the remaining residual cancer. In this study, we see which particular drug combination had a beneficial effect, Chemotherapy or Levamisole and Fluorouracil. 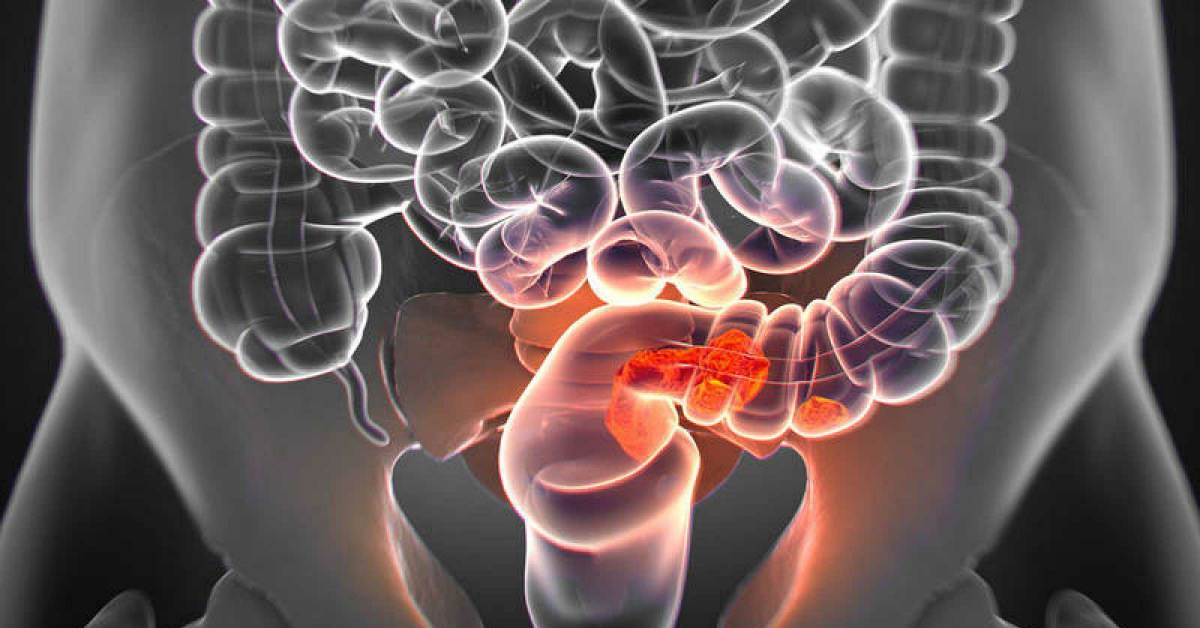 This is a binary classification project, since the variable to be predicted can have two values (died within 5 years or not).

The goal here is to model the probability whether a patient lives for 5 years or not after being treated with Levamisole and Fluorouracil or Chemotherapy.

The coloncancer.csv file contains the data for this application. In a classification project type, target variables can only have two values: 0 (false) or 1 (true). The number of instances (rows) in the data set is 607, and the number of variables (columns) is 15.

Finally, the use of all instances is set. Note that each instance contains the input and target variables of a different patient. The data set is divided into training, validation, and testing subsets. 60% of the instances will be assigned for training, 20% for generalization, and 20% for testing.

Once the data set has been set, we are ready to perform a few related analytics. With that, we check the provided information and make sure that the data has good quality.

We can calculate the data statistics and draw a table with the minimums, maximums, means, and standard deviations of all variables in the data set. The next table depicts the values. 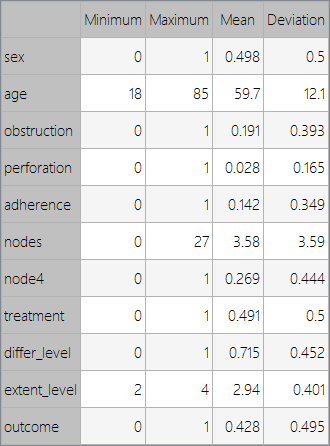 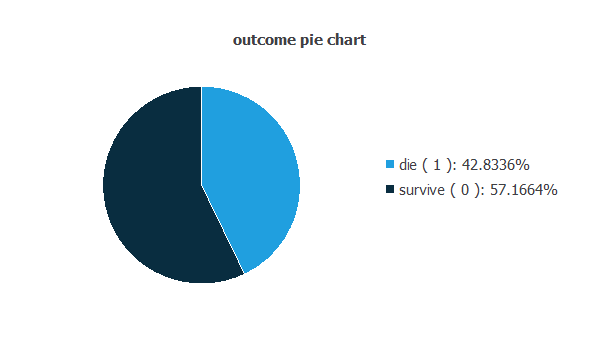 Besides, the following pie chart shows the distribution for the binary variable outcome.

The inputs-targets correlations might indicate to us what factors most influence the target outcome with the input variables of the data set. 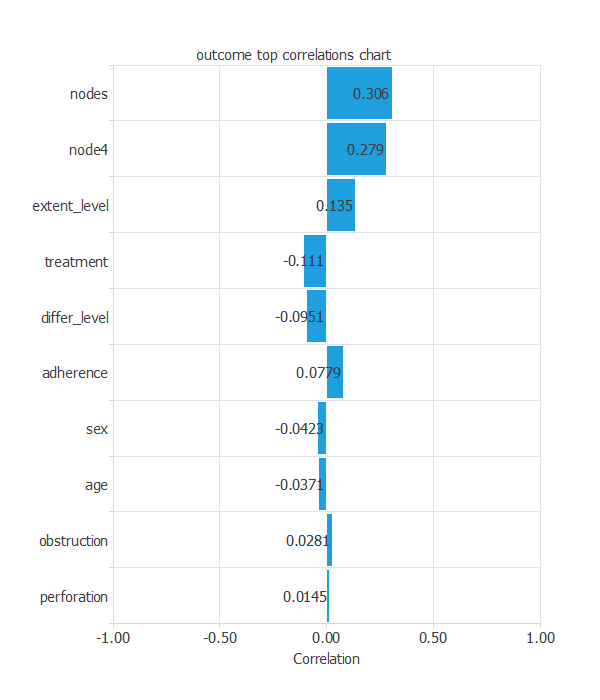 Here, the most correlated variables are nodes, node4, and extent_level.

The second step is to set a neural network to represent the classification function. For this class of applications, the neural network is composed of:

The scaling layer contains the statistics on the inputs calculated from the data file and the method for scaling the input variables. Here the minimum and maximum method has been set. Nevertheless, the mean and standard deviation method would produce very similar results.

A perceptron layer with a hidden logistic layer is used. Note that, since the logistic function ranges from 0 to 1, the outputs from that layer can be interpreted as probabilities. The neural network must have 13 input variables and 1 target variable. As an initial guess, we use 3 neurons in the hidden layer.

The next figure is a graphical representation of this neural network for colon cancer treatment. 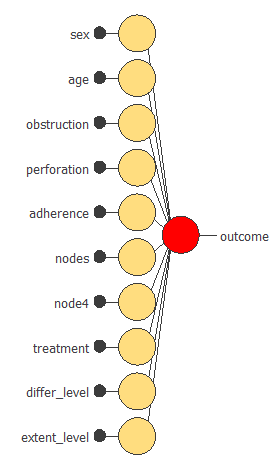 It contains a scaling layer, a neural network and a probabilistic layer. The yellow circles represent scaling neurons, the blue circles perceptron neurons and the red circles probabilistic neurons. The number of inputs is 10, and the number of outputs is 1.

The loss index is the mean squared error with L1 regularization. This is the default loss index for binary classification applications. 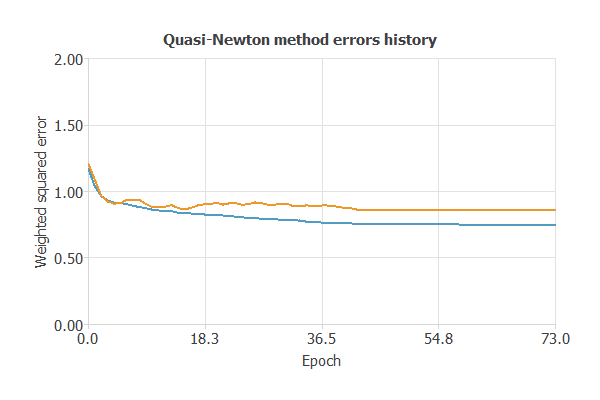 The objective of model selection is to find the network architecture with the best generalization properties, that is, which minimizes the error on the selected instances of the data set.

More specifically, we want to find a neural network with a selection error of less than 0.231 WSE, which is the value that we have achieved so far. 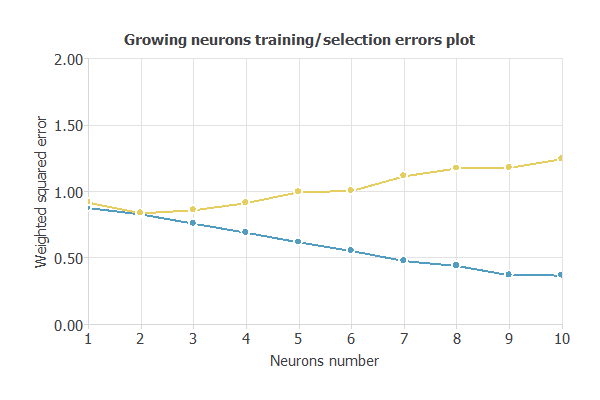 We appreciate that the error does not change a lot after using model selection, then the neurnos are the same cuantity. 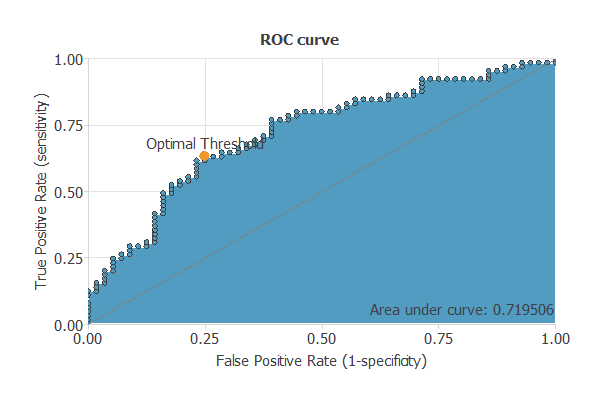 We can diagnose new patients by calculating the neural network outputs. For that we need to know the input variables for them. An example is following:

We can plot directional outputs to study the behavior of the output variable outcome (died within 5 years or not) as the function of single inputs. 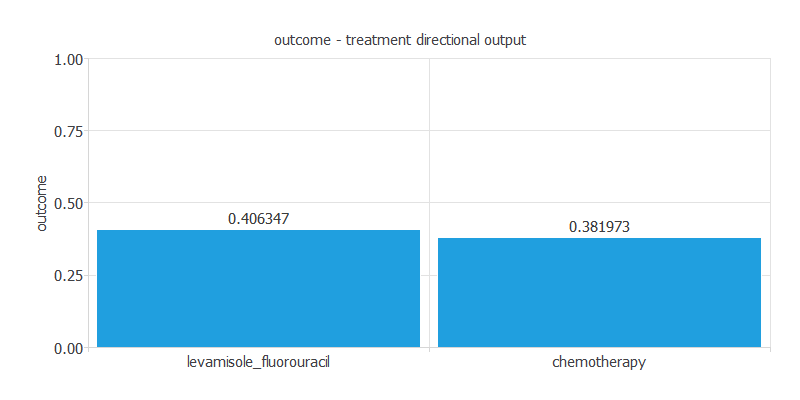 The above plot shows the output outcome as a function of the input treatment. The x and y axes are defined by the range of the variables treatment and outcome, respectively. The patient will have more probability to survive if the treatment is Chemotherapy.

In a descriptive level, the amount of patient that survive is 343. Chemotherapy is used in 160 patients and Levamisole and Fluorouracilin 188. As we can appreciate, there is no a huge difference and the data set does not provide a lot of information.

The mathematical expression represented by the neural network is written below. It takes the inputs sex, age, obstruction, perforation, adherence, nodes, node4, treatment, differ_level, extent_level, to produce the output outcome. In classification models, the information is propagated in a feed-forward fashion through the scaling layer, the perceptron layers and the probabilistic layer.

The above expression can be exported anywhere, for instance, to a dedicated diagnosis software to be used by doctors.